As I write this, the satirical magazine Charlie Hebdo is being sued by the Grand Mosque of Paris and the Union of French Islamic Organisations for reprinting unflattering cartoons of Muhammad. Closer to home, a Cambridge student who did the same in a low-budget college paper has been in hiding “for safety reasons.” Naturally, I find myself thinking about King Charles II and those troublesome colonies. 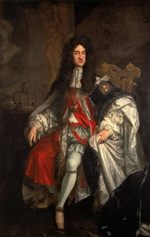 In the 17th Century, Charles II ruled what is now North and South Carolina. When exiled, Charles briefly became ‘King of Virginia’, but that’s another story. Noted comments from the period include this little nugget, by the Virginian Colonial Governor, William Berkeley: "I thank God there are no free schools nor printing, and I hope we shall not have these [for a] hundred years; for learning has brought disobedience and heresy into the world; and printing has divulged them, and libels against the best government. God keep us from both."

Other colonies had strict laws against ‘defaming’ the Christian faith and the political power associated with it: “During the period, thousands of people are brought before Virginia and other state assemblies and punished for daring to criticize them, even in the mildest terms. Truth is not a defence in such cases. In fact, truthful criticism is seen as even worse since it further undermines authority.”

But, of course, no-one would say that now. And no-one would use words like 'authority' and 'power.' Not about Islam. Not out loud. Now we hear about much fluffier things, like 'feelings', 'prejudice' and 'sensitivity.' It's the passive-aggressive approach.

To their credit, and in stark contrast to the UK, the entire French establishment - politicians, media, judiciary - came out fighting for Charlie Hebdo's right to publish those cartoons. Even the prosecutor of the case recommended it be dismissed, and the Grande Mosque de Paris were so overwhelmed that they regretted they had brought the suit in the first place because it had become so "politicised". The judgement will be declared on March 15, and it looks like it's going to be unequivocal.

Cambridge dons, on the other hand, are divided about to what to do about the Clarefication editor. It is really quite shameful.

Thanks for the link. What interests me is the way in which religious authoritarianism, most obviously with regard to Islam, has been strangely recast in terms of “poor me and my delicate sensitivities…” Or, just as deplorably, misrepresented as ‘racism’. If nothing else, Berkeley was fairly upfront about his motives and didn’t resort to passive-aggressive sentiment and claims of injured feelings.

Yes, I think that's because of the way the power has shifted out of religious hands. In power, they can be frank about their motives. Out of power, they are reduced to cringing pleas for "sensitivity" (albeit often backed up with veiled threats of "consequences") or to defaming their critics with smears of racism. Let's just hope they never get back into a position of power!

Well, quite. It’s generally a cringing pantomime with menacing overtones.

And yet this passive-aggressive posture has, in very large part, been taken at face value. It’s extraordinary just how widely this victimhood rhetoric has been accepted without question - either as somehow self-evident or as central to what any debate ‘ought’ to be about. Thus we have earnest discussions about the exact extent to which believers are being ‘victimised’ and just how wicked their critics are, or about the particular ways in which this ‘victimisation’ occurs (and, again, how wicked critics are).

“Truth is not a defence....But, of course, no-one would say that now"

Other than in the Australian state of Victoria, where the law against religious hatred says just that.