Further to Friday’s post, It’s Okay to Dislike Islam, I received a number of emails arguing – well, asserting – that it’s “wrong to mock other people’s beliefs,” especially when those beliefs are “deeply held.” The “deeply held” schtick crops up quite a lot in discussions of this kind, generally to imply that depth of conviction, or adamance, or sheer bloody-mindedness, is somehow an intrinsically admirable quality, irrespective of what it is that’s being “deeply held.” Or indeed why.

“The freedom to believe whatever one wishes on matters of cosmic import… does not imply any special immunity from dissent or ridicule. The dignity of a person – even an imam, rabbi or archbishop - depends in very large part on the kind of thing that comes out of his mouth, and on the intellectual dishonesties he may perform in order to get his own way.”

The sincerity with which a misapprehension is advanced doesn’t alter the fact it’s a misapprehension. And determining whether or not a statement is in fact a misapprehension often requires an unapologetic testing of its details and assumptions – an act that may itself offend the person whose views are being challenged, especially if those views are ill-informed and pompous. When religious groups demand some a priori respect for their ideas regardless of their content, one has to question the motives behind such demands. Why? Because it’s hard to see how anything truly insightful in a religious outlook could be damaged by being tested in debate. And claiming otherwise amounts to little more than puffing out one’s chest, fingering one’s amulet and saying, rather indignantly, “Don’t you know who I am?”

What can be damaged by debate, and should be damaged, are bunkum, flummery and evasion, and it’s very easy to see why purveyors of claptrap would want to shield such things from scrutiny with tears in their eyes and gasps of impropriety. If a person expects their beliefs to be taken seriously, then it helps to have beliefs that withstand critical scrutiny, even ridicule, not least when those beliefs inform political claims on what others may say or do. 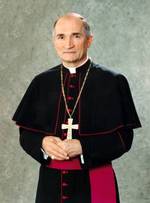 MediaWatchWatch reports on a Vatican representative, Silvano Tomasi, making such demands of the UN Human Rights Council with dire warnings of “anti-religious fanaticism” and calls for the development of “mechanisms or instruments” to protect believers from ridicule. Archbishop Tomasi offers no adequate definition of “anti-religious fanaticism”, so one can only guess at how much ground that label might cover. Perhaps those of us who prefer evidential statements over moral non sequitur and bald assertions of belief might fall beneath its shadow, wicked as we are. But, as I argued here, the willingness to defer to evidence – as opposed to one’s own wishes and beliefs – is the antithesis of fundamentalism, not its mirror image.

Archbishop Tomasi claims, somewhat tendentiously, that, “One cannot consider the ridicule of the sacred as a right of freedom.” Well, some of us might define real intellectual freedom as the right to do precisely that. And I’d love to hear Tomasi explain exactly why the designation of ‘sacred’ should automatically inhibit critical thought. Isn’t the numinous something worth thinking about, from every possible direction? The Archbishop goes on to claim that respect for the dignity of a person “implies respect of his freedom in religious matters to profess, practice and publicly manifest one’s religion without being mocked, injured, discriminated against.” The Archbishop has somehow failed to register the existence of laws already in place to address real persecution and injury, and one can’t help but notice just how readily Monsignor Tomasi conflates satire and dissent with physical injury, and in a blatantly disingenuous way.

The freedom to believe whatever one wishes on matters of cosmic import and the freedom to voice those beliefs publicly with likeminded individuals does not imply any special immunity from dissent or ridicule. The dignity of a person – even an imam, rabbi or Archbishop - depends in very large part on the kind of thing that comes out of his mouth, and on the intellectual dishonesties he may perform in order to get his own way. It is precisely Monsignor Tomasi’s readiness to conflate terms with a self-pitying sleight-of-hand that makes a priori respect utterly undeserved.

I, however, am deserving.

I was in a bookshop yesterday and beside the display of Richard Dawkins' "The God Delusion" was a slim volume called "The Dawkins Delusion" (ho, ho, very satirical). I had a quick read of it in the shop - it's only four chapters long - and the basic tenet was "Coo, gosh - that Dawkins chappie is being a bit unfair on us Christians and our deeply held beliefs". I flicked ahead to find the chapter where the author would lay out his simple and concise arguments backed up with evidence for the existence of god and the validity of his religion. It wasn't there. Go figure.

it seems to me that mocking other people's beliefs for amusement is bad manners, and so we probably ought to avoid doing it, but some true believers are so durn pompous that it's really hard not to. I'm part of the same deeply-held belief system as the good Monsignor, but I think he's being a twit anyway.

As I explained here recently, my interest in a person’s private religious beliefs is minimal. If consenting adults wish to commune with the numinous by sticking pins in their eyes, that’s their business, not mine.