Batman Bites Back
For the Love of God

I received some email in response to the Clerical Umbrage piece. Apparently, I’m being terribly disrespectful towards the Dean of Southwark, the Bishop of London and believers more generally. All of whom should, I’m told, be held in high regard “because of their sincerity” and irrespective of what they say or how little sense it makes. The offending passage – well, one of many offending passages – was my statement that, “If the Bishop of London feels relegated to the margins of intellectual credibility, perhaps he should consider his own role in getting there.” I won’t rehash the reasons for that particular comment. I do, however, want to address the notion that claims of religious sincerity should be taken at face value and afforded great weight, regardless of their content and political implications.

"If a person writes an article claiming that Muhammad was the final prophet of Allah and a yardstick of human virtue, they are expressing a preposterous idea. If that person then demands that I refrain from saying this, and refrain from explaining why, they are making an equally preposterous demand."

With depressing regularity we hear of the “sincerity” and “deep feeling” with which certain beliefs are held, as if sincerity and vehemence were testament to the veracity of those beliefs and a marker of their immunity from critical scrutiny. But an argument stands on its merits, not on the vehemence with which it’s held or the volume at which it’s shouted. And not, as the Bishop of London seems to imply, because of veiled threats of public disorder if those beliefs are challenged. Nor is a belief made admirable or true by the number of people who can be said to share it. When Iqbal Sacranie claimed that “millions of Muslims” were “deeply offended” by unflattering statements of the obvious, then those “millions of Muslims” may well be mistaken or dishonest and perhaps a little prideful.

Being offended by criticism, or claiming such, doesn’t by default entitle one to anything. Assuming otherwise is hubris. This is because there are a great many reasons why a person may claim to be offended, including vanity, vindictiveness and dishonesty, or a desire to exert political leverage, or to prevent exposure as a fraud. If a person holds beliefs that are patently absurd, even disgusting, that person cannot seriously expect others to pretend otherwise, especially when those beliefs are asserted in the political realm. Broadly speaking, I’m not overly interested in a person’s religious affiliations or their metaphysical outlook. Ideas about God and His alleged preferences are, I think, a private matter. If consenting adults wish to commune with the numinous by sticking pins in their eyes, that's their business rather than mine. However, when religious ideas are asserted publicly with political intent, then those ideas become fair game, much as any other political assertion does.

When representatives of various religious movements demand that their ideas be respected on an a priori basis, it’s hard not to register the creaking pomposity and its surreal implications. What is being demanded here is not respect per se, which, given the nature of many beliefs, would very often be bizarre. More often than not, what's actually being demanded is deference and double standards, and, in some cases, fear. And despite the endless talk of ‘feelings’ and ‘sensitivities’, what we’re really dealing with is a struggle for territory and authority. Of course, ‘authority’ is a much less fluffy concept than ‘sensitivity’ and less likely to meet with sympathy. 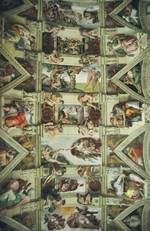 When future historians look back on 2006, they may well regard it as the year when many people forgot the difference between tolerance and respect. Or pretended to forget the difference, and then got shirty with anyone who dared to point it out. Respect generally implies some appreciation for the intellectual, moral or aesthetic qualities of a thing; some recognition of its worth - of the fact that it is deserving of consideration. One could, for instance, respect the Sistine Chapel as a work of devotional art and the result of almost superhuman effort. And one could do so without a particularly high regard for the theological ideas it depicts.

One might likewise respect the right of believers to practice their religion, provided it complies with the law and matters of routine decency. But one is under no obligation to respect the particulars of those beliefs, or to acquiesce to any political demands made in their name. Those who protest most loudly against any perceived affront to their beliefs will probably know that most of us don’t in fact respect many particulars of those beliefs, whether in terms of basic philosophy or sexual politics, or in some cases sheer jaw-dropping bonkersdom. Nor do those indignant believers have any right to such respect. If a person writes an article claiming that Muhammad was the final prophet of Allah and a yardstick of human virtue, they are expressing a preposterous idea. If that person then demands that I refrain from saying this, and refrain from explaining why, they are making an equally preposterous demand.

In October, in the wake of the Muhammad cartoons hysteria, Oliver Kamm commented on the Channel 4 Dispatches debate on freedom of speech and neatly summarised a central issue: “One of the Danish Imams who led the initial protests against the Jyllands-Posten cartoons declared under cross-examination… that he was entitled to respect. He was, and is, entitled to no such thing. He is entitled in a democratic society to no more and no less than religious and political liberty. Whether he enjoys respect as well is entirely up to him; it is not up to our political and juridical system. The notion that in suffering offence he is done an injustice is false and pernicious. It's also dangerous, because it places no limit on how far the state should regulate people's lives.”

This post sets out the difference between respect for someone's rights and respect for what they do with those rights very clearly. Everyone is entitled to civility unless they are outrageously rude themselves but it does not mean their ideas and pronouncements are entitled to respect. And they are certainly not entitled to cringeing deference.

I'd differ slightly but significantly from OK. Unless there is evidence to the contrary, the imam is entitled to the respect implicit in the assumption that he holds his beliefs in good faith. It is the beliefs themselves which may or may not be deserving of respect. The notion that we are entitled to treat other human beings with contempt because of their beliefs is tempting but profoundly mistaken - I'd say sinful, but that just gives me away as a believer...

Perhaps you could explain exactly why having a low opinion of people who quite often say very stupid things is "profoundly mistaken", or indeed sinful.

If an idiot advances his idiocy in good faith, it's still hard to see how one responds with respect in the sense you imply. Amused toleration, yes, or patience, perhaps. But sincerity doesn't seem to compensate for being obstinately wrong, or for making grandiose and incoherent claims about hypothetical deities and their imagined preferences. How does being wrong or presumptuous, even in 'good faith', entitle one to respect, or to anything in particular?

A cherished misapprehension is a misapprehension nonetheless. And it's difficult to point out misapprehensions of this kind - i.e. 'deeply held' religious ones - without appearing to be disrespectful. Obviously, I'm not advocating gratuitous contempt, but whether or not a philosophical challenge or factual correction is felt to be disrespectful may depend on the hubris and dishonesty of the party being challenged. Especially among those who are unaccustomed to having their beliefs tested in a serious way, and who affect an intellectual gravitas they haven't actually earned.

Perhaps the above commenter is alluding to the fact that in many Western jurisdictions representatives of a congregation receive special deference in court, thus one must conversely infer that there is something in the representative's upbringing that makes them more equal than others.

In light of that I'd like to remind of this incident not long ago: http://en.wikipedia.org/wiki/Rat_line

Similar ventures can be found throughout history. In fact, isn't it imams who invoke the picture of crusading Christian leaders every other day as if being a Catholic or Protestant priest in itself were a shameful condition? And wasn't the Pope urged to restraint precisely *because* he was a leader of the Catholic congregation?

'Perhaps you could explain exactly why having a low opinion of people who quite often say very stupid things is "profoundly mistaken", or indeed sinful.'

Then we're agreed. I'm just bothered that some seem to relish the giving of offence per se.

Thanks for getting back to me. Yes, I see the distinction you make. For the purposes of political discussion, it’s a somewhat idealised distinction, though, and I’m not sure how many of us would observe it in practice; but I’ve no particular grumble there. My comments were aimed chiefly at loaded demands for respect in the political arena, where a less charitable standard generally applies, often out of necessity.

And, as I hope is clear, I’m not enormously interested in giving offence just because one can. There are, however, plenty of legitimate reasons.

“…because they are no more responsible for their own IQ or for the intellectual and cultural environment in which they have grown up than for the colour of their hair or the size of their noses.”

Further to the above, you touch on an interesting point. In political debates, I’ve often wondered to what extent a person’s faulty or untenable position is simply the result of the limits of their comprehension or the information they have at hand, and to what extent it’s a matter of disregarding evidence and choosing to be dishonest (if only to themselves).

This, I think, is where respect becomes questionable.