“The first assumption is that it is the duty of the community to insure its individual members against individual misfortune. And the second is that, just as the carrying capacity of a bridge is measured by the strength of its weakest support, so the quality of a society should be measured by the quality of life of its weakest members. These two constant and non-negotiable assumptions set the left on a perpetual collision course with the realities of the human condition under the rule of capitalism; they necessarily lead to charges against the capitalist order, with its twin sins of wastefulness and immorality, manifested in social injustice.” 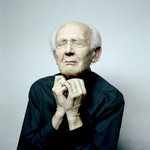 However “constant and non-negotiable” Bauman’s assumptions are, they remain wide open to question, not least because his comparison of society with a bridge is so obviously flawed. The components of a bridge do not, I’m assured, have volition. Bricks, cables and metal beams do not make choices that determine their strength. Human beings do make choices that in large part determine their quality of life, however one chooses to measure it.

I doubt anyone here disapproves of social safety nets of some kind, or resents help being offered to people in distress and positions of severe misfortune. The question is how much help is to be offered and on what basis. But given the role of individual judgment in how a person’s life plays out, questions necessarily follow. Lots of questions. Why is a society to be measured by how the least able fare, irrespective of why that inability, or dysfunction, arises and persists? How, one wonders, does a community “insure” its individual members against all manner of “misfortune”? How are people to be insulated from, and compensated for, what are often consequences of their own choices and priorities? How much control is to be exerted and how many freedoms curtailed - including the freedoms of those suffering misfortune? What, exactly, are the intimate practicalities of this vision?

On what basis and to what extent does Professor Bauman imagine he has a right to ensure that society’s members optimise the quality of their lives, insofar as they’re able? How, exactly, will this feat be achieved? If some individuals fail to make the approved decisions in the approved sequence and with sufficient foresight, will those choices be made by others, and if necessary enforced? Will individuals be compensated for all of their own shortcomings, dispositions and misjudgements, or just some of them? Isn’t that what Bauman’s utopian “insurance” would ultimately entail? Who is Bauman to determine what constitutes an acceptable qualitative outcome? How, exactly, will this be measured? And how far would he go to ensure those outcomes are arrived at, regardless of the cost to others who may not share his view?

Bauman argues these assumptions are relevant because “it is unlikely that a society will ever be achieved in which some groups or categories of people do not fall behind the rest, or below the average standards.” Yet beyond a distaste for capitalism and for what he deems “an agenda scripted by the right”, Professor Bauman doesn’t seem overly concerned with why this differentiation tends to happen, always and everywhere. And it’s slightly bizarre to hear Bauman insist that “the left cannot be anything other than democratic,” while advancing principles that have decidedly illiberal and coercive implications. But such is the pinhead dance of the devout Socialist.

Bauman may well imagine that the left, so defined, is “on a perpetual collision course with the realities of the human condition under the rule of capitalism.” But one might just as easily argue that such loaded assumptions put the left on a collision course not with capitalism as most of us understand it, but with the human condition itself - and with the realities of… well, reality. And one might very easily charge Socialism with the sins of “wastefulness”, “immorality” and “social injustice” precisely because it so often degrades or denies the role of individual judgment and responsibility.

Bauman remarks that "it is unlikely that a society will ever be achieved in which some groups or categories of people do not fall behind the rest, or below the average standards." Yeah, it is very unlikely.

It is a mathematical necessity that if no one is below the average, then no one can be above it. Everyone must be exactly the same with respect to whatever is being measured. Not even the most brutal tyranny can accomplish this for the reason that Orwell put into immortal words: "All animals are equal, but some animals are more equal than others."

My initial response to Bauman’s assumptions – and particularly the one above - was to think of a drunken woman I often see in the area. It’s a nice part of town, so she’s a slightly incongruous sight. She’s often at a nearby bus stop around mid-morning, fag in one hand, can of cheap beer in the other, chugging away merrily and looking a little unsteady. I’m guessing she’s not a brain surgeon and was never likely to be. It’s unlikely, I think, that this woman can hold down a job and I guess her morning beers are paid for with benefits. Now if Bauman wants us to judge the quality of society as a whole by the quality of this woman’s life, or the lives of others like her, problems arise.

It isn’t clear to me what exactly Bauman is proposing, or how it would work. He’s rather vague on practical detail. Is he suggesting that this woman should be steered away from her morning beers, which almost certainly affect her employment prospects, finances and health? Or that she should be employed despite being drunk, all in the name of “fairness”? Or that she should be compensated by the state for being an unemployable alcoholic and not terribly bright? How, I wonder, is her life to be brought closer into line with mine or yours? Does she have a say in the matter? Do those of us who would have to pick up the tab?

The left even denies itself the ability to define the "weakest".

Maybe that's why it relies on the contradictory, bizarre and frequently changing victimhood list.

“The left even denies itself the ability to define the ‘weakest’. Maybe that's why it relies on the contradictory, bizarre and frequently changing victimhood list.”

Well, I can’t claim to be familiar with Bauman’s work, so there’s a limit to what I can deduce. But it’s certainly common for people who advance egalitarian ideas to be vague about the practical details (and thus certain moral details), not least regarding personal decisions and priorities and how they affect a person’s life. Broadly speaking, Socialists like to talk in generalities about society as a whole or categories of mankind – or approved victim groups - which are easy to make assumptions about, especially dubious ones. They’re not so keen on talking about individuals or the practical nuts and bolts of their assumptions, possibly because those assumptions can start to fail and look absurd in the light of individual agency. There are, I hasten to add, exceptions to this, but not enough. Normas Geras, for instance, is certainly a thoughtful leftist and, from what I can make out, an eminently decent man; but it seems to me that his position on Socialism is as much a matter of faith as anything else.

Er... I'm glad this fellow isn't a civil engineer, because his bridges would only ever have one support.

In my religious tradition, Lucifer became Satan because he wanted to force everyone to be good so that all would be saved (and he'd get the glory for having saved us all). God wanted us to be free to choose good or evil, even at the risk that some of us would be lost.

That same Satanic urge seems to pop up awfully often, dontcha think? The problem with Lucifer's plan is that if you're forced to be "good," you don't experience any growth or learning, and when (if) the force is removed, you're not a better person for it.

Silly socialists. Can't deal with the fact that some people don't WANT to be good or just or equal or fair or compassionate or tolerant. And there's not a thing they can do about it.

It's a difficult issue. Children who grow up in poverty are too often unlikely to learn how to get themselves out of the patterns of passivity and helplessness they are initiated into. Generally, though, socialists try to correct these patterns by handicapping successful people rather than empowering (for lack of a better word) poor people to break out of their situations. The idea of affirmative action/positive discrimination appeals to me at the level of primary schools, but when it comes to college admissions and hiring, it's much iffier. I fear the left usually just uses government programs to buy votes, and thus focuses on people who are already old enough to be responsible for their own actions. The dilemma is how to make a social safety net that encourages people to become autonomous rather than dependent on government largesse.

Heh. I like the comparison with Lucifer. I sometimes wish a few more leftists would entertain the possibility that what they want, and how they wish to bring it about, is unethical, even monstrous, at least in its practical implications. In my experience, Socialists often imagine they’re the good guys simply by virtue of being Socialists (hence my use of the word “devout”). Or by virtue of pretending to be Socialists, which I think is actually more common. The idea that “fairness” as they conceive it might involve authoritarian barbarity and profound injustice is, it seems, rarely considered.

I touched on the left’s self-serving perpetuation of grievance in the posts linked below. Note the malign and unilateral redefinition of ‘racism.’ It is, I’m told, now a standard formulation in certain quarters: