Via The Thin Man, here’s an extract from the first episode of the BBC’s acclaimed documentary series, The Planets. Broadcast in 1999, the series remains one of the most lavish and comprehensive accounts of astronomical discovery and space exploration, with previously unseen archive footage, most notably from Russia. There’s also a memorable score by Jim Meacock. Recommended.

The first two episodes, Different Worlds and Terra Firma, can be viewed in full and downloaded here. Subsequent episodes should be posted over the next few days.

Sponsor my research. Those orbital weapons platforms won’t build themselves.

Government clamps down firmly on a growing problem. (H/T, Mick Hartley.) // The Supreme Instruments Corporation. Imposing gadgets of a bygone age. (H/T, The Cartoonist.) // The thrill of electromechanical relays. (H/T, Coudal.) // French vision of the future. (1910) Automated ablutions, flying policemen, the warm glow of radium. // Stephen Petranek ponders the end of the world (and how to avoid it). Boredom, solar flares, scientific mishaps. // Filaments of space-time. Large scale density simulations. Very large scale. (H/T, Pruned.) // The Mystery of Time. (1957) // Great big holes. // Devil’s Kitchen on the wisdom of Harriet Harman. // Camille Paglia on scholarship, dogma and semen. // “If we’re going to have research at all, then we’re going to have people saying unpopular things, and if this is what happens to them, then we’ve got problems.” // Ten years of Encounter magazine. (H/T, Dr Dawg.) // “In Iran, we don’t have homosexuals. In Iran, we do not have this phenomenon.” No homosexuality, no Holocaust, no plans for nuclear weapons. Related. // The two faces of Al Qaeda. // Dalrymple on Islam as modern day Marxism. From Baader-Meinhof to Caliphate fantasies. // Death and probability. Lightning, earthquakes, bee stings. (H/T, Grow-a-brain.) // Biography of a Bee. (1965) // Via Coudal, the sci-fi paper model gallery. Parts and blueprints. Colour printer required. // Make your very own David Hasselhoff. Comes with microphone, choice of heads and removable chest hair carpet. // Tim Rudder’s photos of Tokyo. More. // 1966 Hulk cartoon. Toad men, tremors, theme tune from hell. // Missile base for sale. 57 acres, own silos. $1.5 million. // Tree houses. // Hey kids, it’s the magic wheel. “New cool urban product!” // Or, try Oryx. “It’s from the future.” // Johnny has his own psychobilly mo-chine. 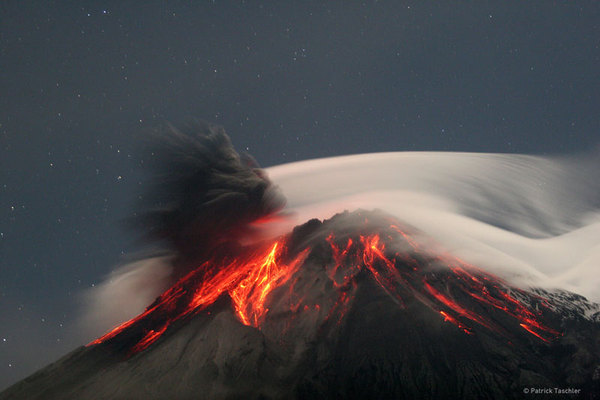 Via Astronomy Picture of the Day.

“Once we realize that it’s not a few bad products or a few egregious companies responsible for the social and ecological abuses in our world but rather the entire system we are working in, we begin to realize that, as workers, we are cogs in a machine of violence, death, exploitation, and destruction. Is the retail clerk who rings up a cut of veal any less responsible for the cruelty of factory farming than the farm worker? What about the ad designer who finds ways to make the product palatable? How about the accountant who does the grocery’s books and allows it to stay in business? You don’t have to own stock in a corporation or own a factory or chemical plant to be held to blame.”

On “voluntary joblessness”, from the manifesto of Freeganism.

Via Coudal, the photography of Igor Siwanowicz.

Via Cognitive Daily, here’s the famous Dragon Illusion, one of the more potent variations of the Hollow Face Illusion.

Make your own. Thrill your friends. Impress women. More.

If the YouTube clips disappear again, try via here, here, here or here. 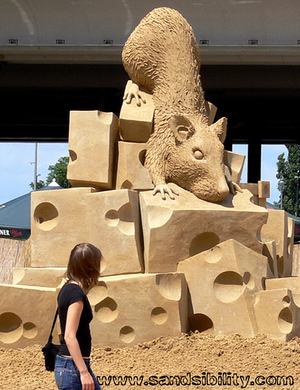 If you disregard the rather creaky text, Martin Waugh’s gallery of ‘liquid sculptures’ is worth a visit. Any photographers among you may find the technique of interest.

Via Mick Hartley comes news from the University of California:

“After a group of UC Davis women faculty began circulating a petition, UC regents rescinded an invitation to Larry Summers, the controversial former president of Harvard University, to speak at a board dinner Wednesday night in Sacramento. Summers gained notoriety for saying that innate differences between men and women could be a reason for under-representation of women in science, math and engineering.

UCD professor Maureen Stanton, one of the petition organisers, was delighted by news of the change, saying it's ‘a move in the right direction’. ‘UC has an enormous historical commitment to diversity within its faculty ranks, but still has a long way to go before our faculty adequately represent the diversity of our constituency, the people of California,’ said Stanton.

When Stanton heard about the initial invitation to Summers, she was ‘stunned’. ‘I was appalled that someone articulating that point of view would be invited,’ she said. ‘This is a symbolic invitation and a symbolic measure that I believe sends the wrong message about the University of California and its cultural principles.’ ‘None of us go looking for a fight,’ Stanton said. ‘We were just deeply offended.’”

Yes, diversity in all things. Except, of course, in thought. Presumably, Professor Stanton is also “stunned”, “appalled” and “deeply offended” by the over-representation of, say, gay people in the spheres of arts and drama, or of women in the caring professions, or of Indian employees in Indian restaurants. Perhaps some recalibration of those industries is also in order, to ensure suitable diversity.

“The Office of University Housing at Ohio State, a public university, maintains a Diversity Statement that severely restricts what students in Ohio State’s residence halls can and cannot say. Students are instructed: ‘Do not joke about differences related to race, ethnicity, sexual orientation, gender, ability, socioeconomic background, etc. When in doubt about the impact of your words and actions, simply ask.’”

It’s interesting to note that the University’s Diversity Statement aims to foster learning “from a wide array of human similarities and differences in an increasingly diverse world” and plans to achieve this blossoming of awareness by inhibiting any careless reference to those same differences. 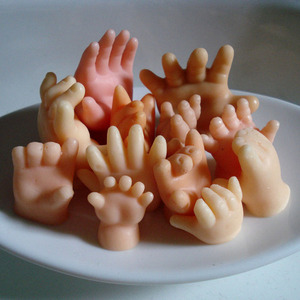 Busy today, but feel free to browse some short films or peruse the greatest hits, or just rummage around in the archives.