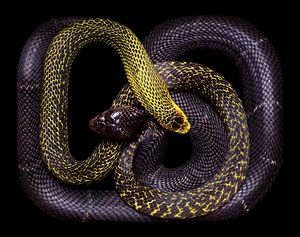 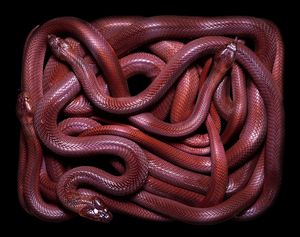 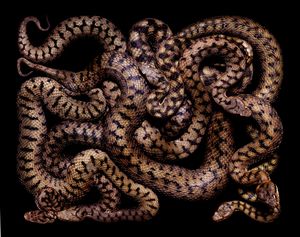 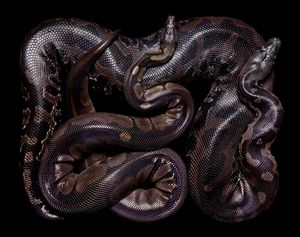 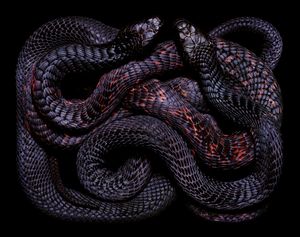 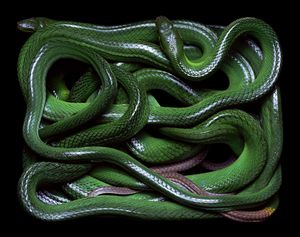 Bearing in mind the recent seasonal gorging, here’s another Classic Sentence from the Guardian. This time courtesy of Neel Mukherjee and his deep ruminations on vegetarianism.

It slowly dawned on me that there were no rational, intellectual or moral arguments to be made for carnivorousness.

Heavens, he’s bold. There simply isn’t a good reason to partake of the flesh. None whatsoever. I do hope there’s a devastating argument to support such a claim.

The meat-eaters had always already lost. This is not the place to rehearse all those arguments.

Ah. Not the place. Isn’t it wonderful when arguments can be won entirely in your own head, with none of that messy business with evidence, logic and stuff you hadn’t thought of? Mr Mukherjee does, however, indulge us with one attempt at reasoning:

Far more convincing for me than all kinds of shocking exposés of the meat industry and the way a piece of steak makes it way on to our plates... was the unimpeachable moral argument against speciesism: because we are the most powerful animals in the animal kingdom, because all animals are at our mercy and we can choose to do whatever we want with them, it is our moral duty not to decimate, factory farm and eat them. It is an argument of such majesty and generosity that its force is almost emotional.

Note the invention of an entirely new prejudice for those so inclined to feel guilty about – speciesism. Note too the sly conflation of meat eating with factory farming and decimation. This “unimpeachable moral argument” could of course be expressed a little less tendentiously,

Because we can eat animals it’s our duty not to.

But then – amazingly – it loses much of its persuasive force. To say nothing of its majesty.

Here’s a star made of ice.

To you and yours, a very good one.

A cautionary animation by Rodrigo Blaas.

Because you will at some point need a briefcase full of sausage. // The Möbius bagel. // The LED menorah. // 10 long tracking shots. // On comic book colouring. // “I’ve successfully privatised world peace.” // Demon lamp. // Local globes. // World toilet info. // At last, a pram with firepower. // Artificial eyes. // Change blindness. // Jellyfish. // Snowflakes. // Alice. // The Uppsala Analogue Synthesizer Orchestra. // A brief history of video games. // The golden age of board games. // A scale model of the solar system. It’s over half a mile wide, so some scrolling is involved.

The premise underlying the policies favoured by the teachers’ unions, which govern so much of the relationship between public schools and teachers, is that all teachers are uniformly effective. Once we can objectively distinguish between effective and ineffective teachers, the system of uncritically granted tenure, a single salary schedule based on experience and credentials, and school placements based on seniority become untenable. The unions don’t want information about their members’ effectiveness to be available, let alone put to practical use.

TM Lutas on scientific scandals past and present.

So without any conspiracy we seem to be betting trillions on science that does not adequately coordinate to prevent control data from entering real data sets, has practices in the discipline that are inadequate to guard against undue weight, and is taking large chunks of its data from weather stations whose error bars far exceed the global warming signal we’re all supposed to be worried about. At this point a finding of “no conspiracy” would not reassure me. It should not reassure us at all.

Simon Scowl on James Cameron and his Avatar.

James “King of the World” Cameron is lecturing you about your unearned sense of entitlement. Isn’t that cute? [...] Why is it okay for James Cameron to devote whole rooms full of energy-sucking computers - and the Red Bull-sucking nerds in front of them - to creating photorealistic cat people, but I get a lecture when I leave my cell phone charger plugged in? [...] It’s not enough to be rich and famous if you’re not somehow “relevant.” Whether it’s Prince Charles or Al Gore or Leonardo DiCaprio or any of these other guys, they all have the same message: “Hey, I deserve to live like this. Now shut up and shiver in the dark, you peasants.”

Feel free to share your own items of interest.

Marc Steinmetz has a gallery of improvised escape tools used by prison inmates. From the classic bed sheet and tea towel rope, as used in a 1998 bid to escape Hamburg’s ‘Santa Fu’ jail, to more adventurous construction projects, such as radio transmitters, pistols and this shotgun made from bedposts. 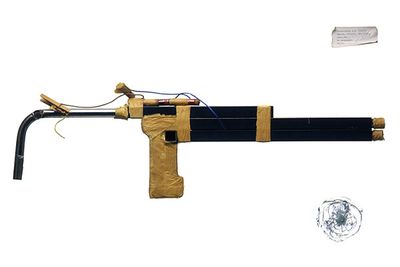 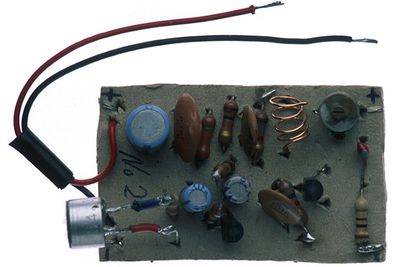 The collection also features tools for the making of moonshine and toast.

The Fit That Wasn’t

Rita Marcalo’s controversial attempt to have an epileptic fit on stage at Bradford Playhouse ended in failure. The Portuguese dancer, who has epilepsy, was attempting to induce a seizure during a 24-hour arts performance. By the 1pm finish she had not managed to do so - despite exposing herself to strobe lights and depriving herself of sleep and food. Playhouse director Eleanor Barrett described the performance as “emotionally demanding” to watch.

Readers saddened to have missed Ms Marcalo’s adventure in self-preoccupation should, however, take comfort. Clearly determined to justify the £14,000 of Arts Council funding, Marcalo promises a second, no less challenging, instalment.

The second part, featuring footage of Miss Marcalo trying to induce a seizure, will be at Bradford’s Theatre in the Mill in January.

One for the diary, definitely.

In Search of Foreign Signals 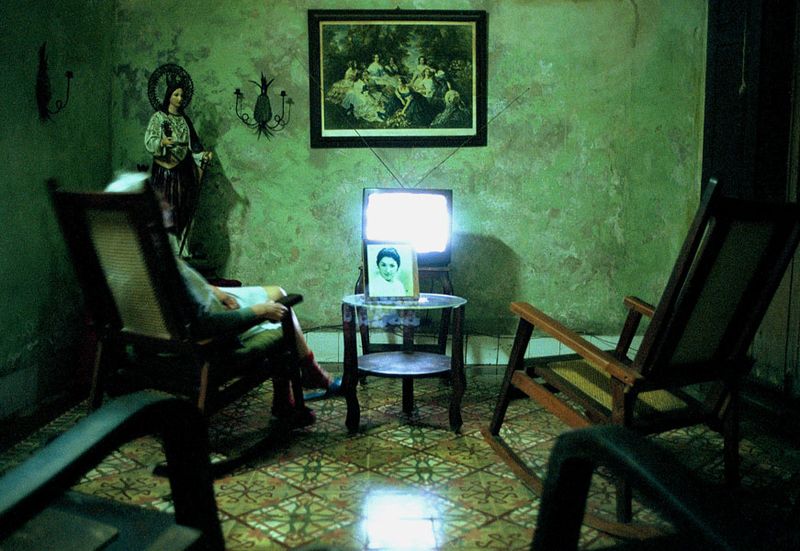 The Wrong Kind of Rich

Readers will most likely be aware that the Guardian has quite a lot to say about the evils of high pay and rewarding failure. Demands for a “maximum wage” are aired at regular intervals, usually in articles denouncing executive “pigs” and “private sector kleptocracy.” For instance, Polly “two villas” Toynbee can be counted on to gasp in well-rehearsed horror at “fat cats” and the “danger of stratospheric pay.” Scarcely a week passes without our favourite bejewelled socialist railing against “the unjust rewards of the rich,” by which she means, “the 1.5% who earn over £100,000.” These are the “extravagant earners” who “feel profoundly entitled to take what they like in salaries” and “monster bonuses,” all while being “unashamed” and “untouched by public disgust or a sense of propriety in the face of so many losing their livelihoods.”

Despite the protestations of umbrage and disgust, this well-heeled descendant of the Earl of Carlisle somehow finds the strength to cope with being quite rich herself. Toynbee’s Guardian salary, for years a subject of speculation, was eventually revealed as £106,000 - excluding royalties, advances, media fees, etc. Presumably Polly feels her own financial rewards are not at all “extravagant” or “unjust,” or a likely cause of public outrage. It seems, then, that Ms Toynbee only dislikes the wrong kind of rich people, which is to say rich people whose politics and backgrounds may differ from her own.

Meanwhile, the Telegraph reports that 180 journalists and advertising staff will soon be made redundant at the Guardian:

The newspapers have been in financial turmoil since the Guardian’s editor in chief, Alan Rusbridger, decided to move the papers from broadsheet to the current medium-sized Berliner format in 2005. The move involved spending £80m on new presses, but in the four years since then, the Guardian has lost almost a fifth of its readers, with sales slumping from 380,000 to 311,000. In August GMG reported that it had lost £89.8m... The company’s financial position has become so precarious that it went to the very brink of closing down the 200-year-old Observer earlier this year.

I didn’t ask for the money.

Which of course makes all the difference.