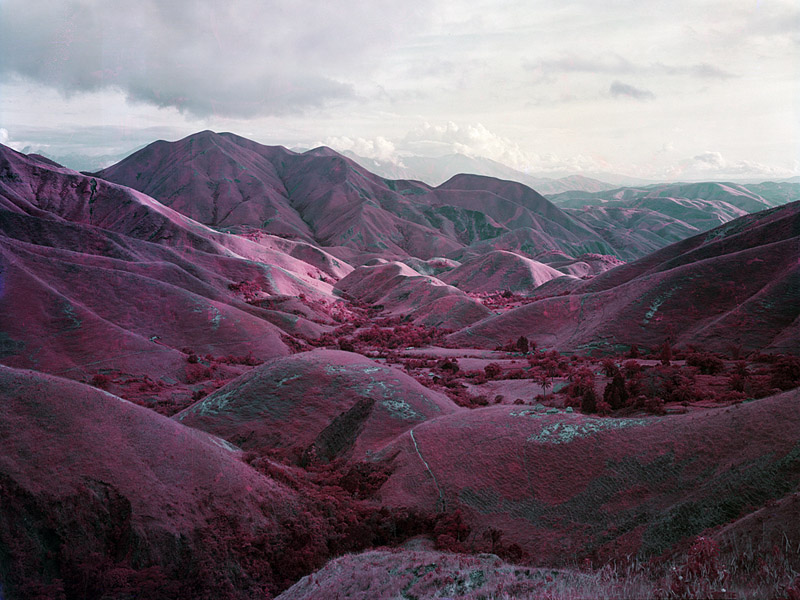 Captain Brian Bews ejects from his CF-18 fighter jet during a practice flight at the Lethbridge County Airport, Alberta, on July 23.

Writing of his participation in a “vast demonstration” in London in front of the American Embassy to protest the war, [Hitchens] recalls “the way in which my throat and heart seemed to swell as the police were temporarily driven back and the advancing allies of the Vietnamese began to sing ‘We Shall Overcome.’” He then comments: “I added to my police record for arrests, of all of which I am still reasonably proud.” But why? Hitchens’s antiwar comrades, the International Socialists among them, were not “allies of the Vietnamese” but of the Vietnamese Communists and, as Peter Hitchens correctly points out, of the Soviet empire behind them. What these leftists - and their allies in America and Europe - actually achieved in Indo-China was one of the largest genocides on record and a totalitarian future for the Cambodians and Vietnamese.

Norm Geras on the Guardian’s urge to hand our lunch money to bullies.

If radicalizing those susceptible to being radicalized is the end of the argumentative story, something one simply must not do and nothing more needs to be added, then that is equivalent to saying that should British foreign policy have the effect that some of our fellow citizens will take to murdering other of our fellow citizens or aiding and abetting in this enterprise or giving their approval to it, then such a foreign policy must be eschewed. And this in turn is equivalent to saying that the threat of murder should be allowed a decisive voice in the determination of foreign policy.

And Greg Lukianoff on knowing why you think what you think.

One of the great harms of speech codes and campus censorship is that it leaves students with the false impression that censorship is what good, compassionate people do.

Most of her face was gone. There was just this gaping hole where her eyes and nose and most of her mouth had been. I thought she was dead. I just figured this was going to be another homicide scene. Then I saw her fingers start to move – ever so slightly. And it looked like she was trying to breathe through the wound in her face.

The story of Chrissy Steltz, whose face is held on by magnets. Via Metafilter.

Do some women really suffer angst over such mind numbing trivia, or were you just pressured to write a piece on this subject?

The piece in question, by the chronically unhappy Laurie Penny, concerns the socio-political ramifications of ladies’ swimsuits. Specifically, the bikini. Ms Penny’s approach to this crushing social issue is a tad presumptuous and long on assertion. Among its gems is this:

The bikini itself has a sinister semiotic history.

See, you just don’t get that kind of thing in the Times.

Those with a stake in the mythology of the garment now focus on its namesake island as a tropical paradise, but bikini ideology is poisoned with the cultural fallout of the mid-20th century in more ways than one.

Bikini “mythology” is something of a stretch and the word “marketing” might have been less grandiose. But bikini ideology? A whole ideology? Such a thing exists? Alas, Ms Penny is much too rushed to elaborate, beyond stating her belief that,

Wearing a bikini is no longer associated with pleasure and daring, but with anxiety, dieting rituals and joyless physical performance... The bikini body is not supposed to be naturally occurring: it is a quasi-religious state of myth and artifice to which only the truly virtuous can aspire.

Curse those Special K adverts. Is there nothing they can’t ruin? Thankfully, there’s time for plenty of earnest disapproval:

This summer, women of all ages are once more being exhorted to get the perfect “bikini body” by every tabloid, gossip circular and glossy magazine. Singer Katy Perry and heiresses the Kardashian sisters are among this week’s “best bikini body” celebrities, and ordinary women everywhere are trying to emulate their fairytale lifestyles by purchasing a particular cellulite-busting body scrub or embarking on a bizarre starvation diet.

I somehow doubt that Guardian readers spend too much time following the exhortations and “cultural edicts” of Grazia or Heat magazine, as if they could hold the secret to eternal contentedness. Nor, I should think, does Ms Penny or her elevated colleagues. Perhaps the effect is limited to those ordinary women, who, one might suppose, have no minds of their own to make choices of their own, and who exist as mere flotsam on a sea of social pressures. 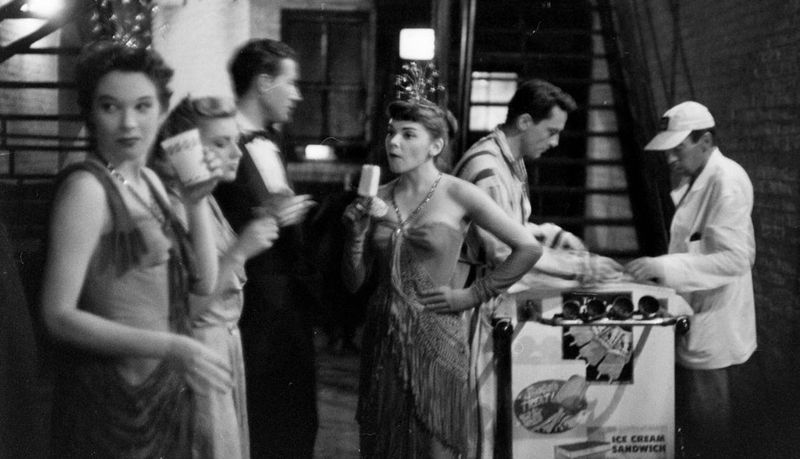 Note the combination of ice lolly and gloves. That’s classy, that is.

It Pays To Be Unobvious

A while ago, in a post on Professor Jere Surber and his prodigious self-regard, I noted a feature of academia’s less reputable corners:

In many arts subjects, especially those tethered only loosely to evidence, logic or practical verification, there’s often pressure to avoid the obvious and prosaic, even when the obvious and prosaic is true. The obligation to be unobvious, if only for the benefit of one’s academic peers, may help explain the more fanciful assertions from some practitioners of the liberal arts. Consider, for instance, Duke’s professor miriam cooke, who refuses to capitalise her name, thus drawing attention to her egalitarian radicalism and immense creativity. Professor cooke’s subtlety of mind is evident in her claim that the oppression and misogyny found in the Islamic world is actually the fault of globalisation and Western colonialism, despite the effects predating their alleged causes by several centuries. Professor cooke also tells us that “polygamy can be liberating and empowering” – a statement that may strike readers as somewhat dubious. It does, however, meet the key criteria of being both edgy and unobvious.

In a review of Thomas Sowell’s Intellectuals and Society, Theodore Dalrymple touches on a similar point:

Intellectuals, like everyone else, live and work in a marketplace. In order to get noticed they must say things which have not been said before, or at least say them in a different manner. No one is likely to obtain many plaudits for the rather obvious, indeed self-evident, thought that a street robber cannot commit street robberies while he is in prison. But an intellectual who first demonstrates that the cause of an increase in street robbery is the increase in the amount of property that law-abiding pedestrians have on them as they walk in the streets is likely to be hailed, at least until the next idea comes along. Thus, while there are no penalties for being foolish, there are severe penalties (at least in career terms) for being obvious.

As Dalrymple notes, the obligation to be unobvious can lead some to make claims that are original only insofar as more realistic people would not be inclined to take them seriously. Or as Sowell puts it elsewhere,

If you’ve mastered the writings of William Shakespeare and convey that to the next generation, who have obviously not mastered it, you’re performing a valuable service. But, that’s not going to advance your academic career. You’ve got to come out with some new theory of Shakespeare. You’ve got to go through and show how there is gender bias or the secret gay message somewhere coded in Shakespeare. You’ve just got to come up with something.

Thus, Dr Sandra Harding, a “feminist philosopher of science,” can claim that it’s both “illuminating and honest” to refer to Newton’s Principia as a “rape manual,” while insisting that rape and torture metaphors can usefully describe its contents. Likewise, Professor Judith Butler – a high priestess of the ponderous and opaque – can dismiss clarity and common sense as inhibiting radicalism. (Sentiments shared by, among others, Ralph Hexter, Daniel Selden and Mas’ud Zavarzadeh, who disdains “clarity of presentation” and “unproblematic prose” as “the conceptual tools of conservatism.”)

Occasionally, Judith Butler’s politics are aired relatively free of question-begging jargon, thus revealing her radicalism to the lower, uninitiated castes. As, for instance, at a 2006 UC Berkeley “Teach-In Against America’s Wars,” during which the professor claimed that it’s “extremely important” to “understand” Hamas and Hizballah as “social movements that are progressive, that are on the Left, that are part of a global Left” and so, by implication, deserving of support. Readers may find it odd that students are being encouraged to express solidarity with totalitarian terrorist movements that set booby traps in schools and boast of using children as human shields, and whose stated goals include the Islamic “conquest” of the free world, the “obliteration” of Israel and the annihilation of the Jewish people. However, such statements achieve a facsimile of sense if one understands that the object is to be both politically radical and morally unobvious.

The images were taken via satellite and they show the rather oddly shaped football pitches that seem to be built wherever possible – the desire for playing the game has clearly surpassed and ignored the limitations of natural topography and FIFA’s laws of the game. According to the official rules, you would not be allowed to play football on any of these fields. However, the careers of many of the world’s best football players began on these very same fields despite their askew angles, odd proportions, misshapen border lines and pitch markings.