Steve Chapman on burgers, obesity and those who wish to correct your proletarian habits:

The general rule of critics is that McDonald’s can do nothing right. Some years ago, they insisted that the company get rid of the beef tallow in which it cooked French fries. It did so, in favour of a supposedly healthier oil containing trans fats. A few years later, the activists demanded that it abandon trans fats, which it soon did. How much credit did it get for those changes? Not much. The class of people who detested McDonald’s went right on detesting it.

These ads are part of a larger campaign against everything McDonald’s represents. Were the company to retire Ronald McDonald, its enemies would step up their calls for an end to Happy Meals. Get rid of Happy Meals, and they would demand that McDonald’s thoroughly revamp its menu to incorporate their superior notions of nutrition… The militant enemies of fast food would like it treated as a public health menace along the lines of tobacco. They want broad measures to restrict, discourage, and punish the companies that sell it.

Leg-iron on realism and its alternatives:

In Nova Scotia, a tobacco shop is fighting an order to cover up displays of tobacco. Read that again. It’s a tobacco shop. It doesn’t sell anything else. All the displays are displays of tobacco. Nobody would go in there unless they planned to buy tobacco… What should the owner do? Black out the windows? That’s going to attract entirely the wrong kind of customer… As for smokers, well, if you saw a shop with blacked out windows and a sign saying “special offer on rough shag,” would you think to buy your tobacco there?

And Tim Worstall notes the credentials of the Guardian’s Lindsay Mackie:

Umm, right, so now we’ve an arts journalist informing us all how to reform the financial system. As we can see, decades of useful experience can be brought to bear here. So, err, why is one of the nation’s great newspapers offering column space to someone so woefully uninformed? Could it be because Ms Mackie is in fact the wife of the editor of the newspaper, a certain Alan Rusbridger?

When not sharing her expertise with readers of the Guardian, Ms Mackie is a consultant and campaigns co-ordinator for the New Economics Foundation, a leftwing think tank whose mind-shattering insights can be savoured here. Readers may recall that the NEF hopes to “heal the rifts in a divided Britain” and leave the population “satisfied” by fostering disdain for the “dispensable accoutrements of middle-class life,” including “cars, holidays, electronic equipment and multiple items of clothing.” No doubt Ms Mackie is already urging her husband to give away their £30,000 grand piano, along with one of their two large and agreeable houses and most of his £400,000 salary.

Feel free to add your own findings in the comments. 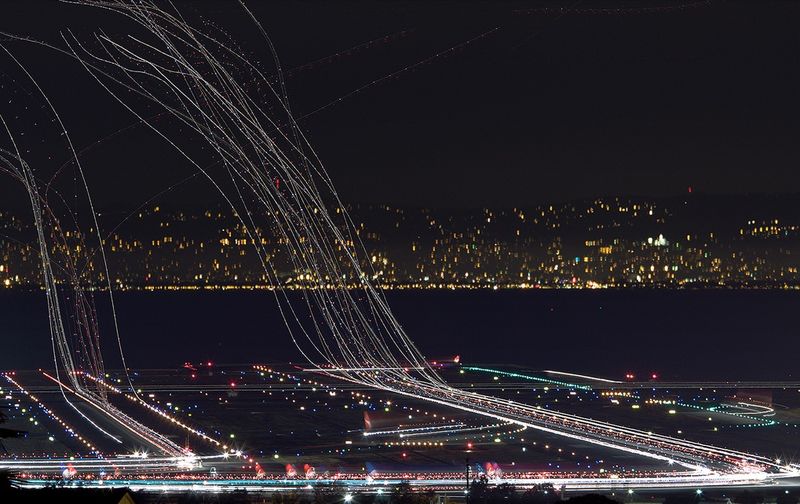 Charlie Swinbourne,  a hard of hearing Guardian contributor, is concerned by the failure of some cinemas to deliver subtitled screenings as advertised:

Right now, deaf film fans have very little trust left in cinema chains, and many people I know have stopped bothering; they prefer to watch DVDs (or, ahem, downloads) at home.

Businesses should indeed strive to provide their services as promised. If they don’t, customers will likely go elsewhere. So far, so unremarkable. What catches the eye is this:

The name of a new Facebook group with over 700 members – Deaf People Are Alive 7 Days A Week, Not Just Sunday/Monday/Tuesday – hints at another issue deaf people feel angry about, the times and dates when subtitled screenings are scheduled. They are usually on off-peak days at off-peak times – hardly ever on Friday or Saturday nights… Tyron Woolfe, who started the Facebook group, told me the reason screenings aren’t arranged at peak times is because “the consensus among cinemas is that they will lose money because they think hearing people do not like subtitles… Digital technology should mean that any deaf person can go to any cinema screening and ask them to switch the subtitles on.”

Is it really a pain for people without hearing problems or disability to watch a movie with subtitles? Is it that annoying to them, when they know it allows deaf people to watch movies? It sounds so ... petty, if it’s indeed the case.

Apparently, it hasn’t occurred to Ms Reed that compulsory, unadvertised subtitles might diminish the experience for those who don’t want onscreen captions. That subtitles are not a default feature of the cinema experience suggests filmmakers and cinema managers understand that their effect is often distracting and unwelcome. Cinema is about being immersed in an illusion, after all. Nor does it seem to have occurred to Ms Reed that efforts to impose subtitles on other patrons after they’ve bought their tickets might be… well, a tad arrogant. This being the Guardian, there are of course implicit double standards to be followed and issues of group status to be juggled. One group of customers complaining about an unsatisfactory service is deserving of both support and the intervention of moderators. Another, less favoured group complaining about the same thing is disdained – by the moderator - as merely petty.

Continue reading "Subtitles for Everyone!" » 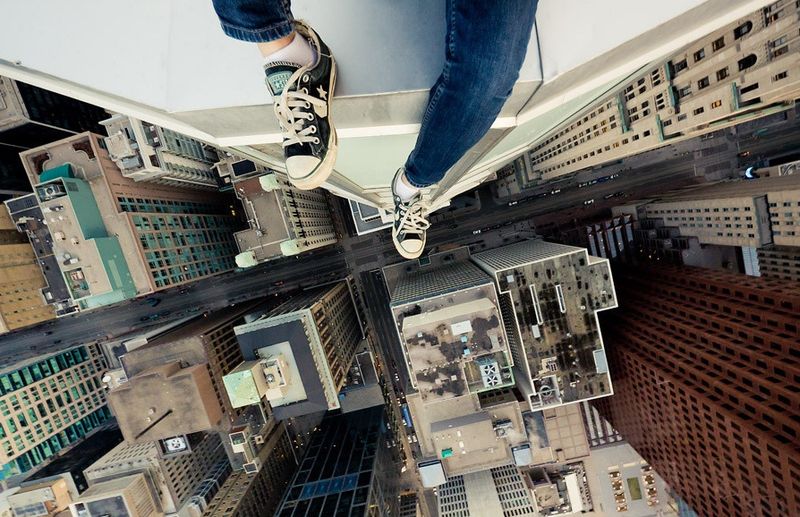 For newcomers, three more items from the archives.

George Monbiot is caught typing with one hand.

Yes, there are spare rooms in some private houses - space that, according to Mr Monbiot, people just don’t need. And which, therefore, they shouldn’t be allowed to have.

How Not to Make the Case for Public Subsidy.

Now the image of art students armed with giant polystyrene shields is, I grant you, mildly amusing. As is the belief that mentioning Derrida adds gravitas to the cause. But “powerful symbolism”? “Countering force with thought”? Bask in that conceit. I’m sure taxpayers across the nation spotted these details and gasped at the staggering cleverness of it all.

Laurie Penny rails against the menace of pubic glitter.

Thank goodness for Laurie’s friends, to whom she turns, conveniently, whenever evidence is needed. No doubt they too are mere playthings of the all-powerful vajazzling conglomerates.

By all means probe the updated greatest hits.

At last, your very own brainwave-controlled moveable cat ears. // The science of toilet paper orientation. // Salami of note. // Photographs of Moscow, 1909. (h/t, MeFi) // Shit my students write. // Sneaking communism into the classroom and calling it “enlightenment.” For the kids, obviously. // WikiLeaks hypocrisy shock. // “New York Times owners may have torched building for insurance money.” // The complete Eraserhead. // The euthanasia rollercoaster would kill you with fun (and physics). // Paper Escher. // Is your home zombie-proof? // And some a cappella jazz for the cylons among us: All Along the Watchtower.

Graffiti, it turns out, is something that the Museum of Contemporary Art celebrates only on other people’s property, not on its own… Not only would MOCA never tolerate uninvited graffiti on its walls (indeed, it doesn’t even permit visitors to use a pen for note-taking within its walls, an affectation unknown in most of the world’s greatest museums); none of its trustees would allow their Westside mansions or offices to be adorned with graffiti, either.

Even this two-facedness pales beside the hypocrisy of the graffiti vandals themselves, who wage war on property rights until presented with the opportunity to sell their work or license it to a corporation. At that point, they grab all the profits they can stuff into their bank accounts. Lost in this anti-bourgeois posturing is the likely result of the museum’s graffiti glorification: a renewed commitment to graffiti by Los Angeles’s ghetto youth, who will learn that the city’s power class views graffiti not as a crime but as art worthy of curation. The victims will be the law-abiding residents of the city’s most graffiti-afflicted neighbourhoods and, for those who care, the vandals themselves.

The New Statesman piece is typical, indeed archetypal Laurie: not so much a triumph of style over substance as the use of style to obliterate substance’s very possibility. Once she gets away from what she knows - the demi-monde inhabited by her radical friends, of which she remains the peerless interpreter - she struggles to comprehend a world whose lineaments are distorted out of all recognition by her prose.

Ms Penny’s tendency to bury facts and logic under an avalanche of rhetoric has been noted previously.

And Mark Bauerlein on what students learn when dishonesty has no consequences:

A student at University of Virginia law school, Johnathan Perkins, alleged last month that while walking home from a bar review session, UVA cops pulled him aside, interrogated him, taunted him, frisked him, then followed him home. He made his claims in a letter to the student newspaper, adding notes about his humiliation and his hopes that “sharing this experience will provide this community with some much needed awareness of the lives that many of their black classmates are forced to lead.”

Police responded to the letter by conducting an investigation, then issuing an announcement last Friday that, according to Inside Higher Ed, “Perkins had made up the story.” In a written statement, Perkins admitted, “I wrote the article to bring attention to the topic of police misconduct.”

Feel free to add your own in the comments. 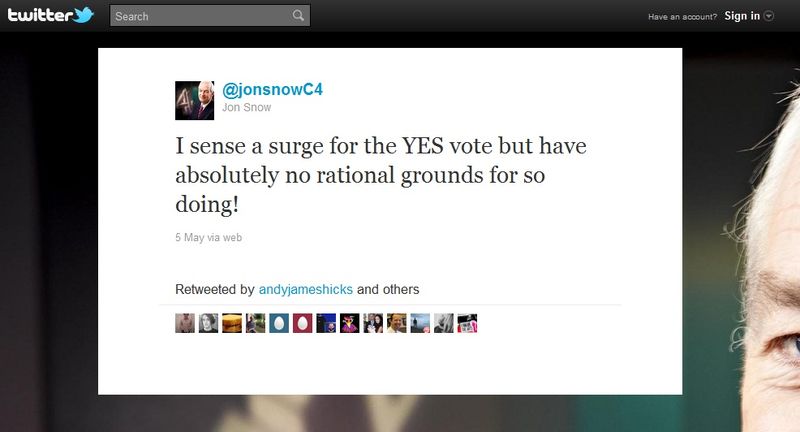