It’s time you philistines were subjected to rewarded with some cultural improvement. It’s for your own good, so I won’t have any complaining.

First up, here’s a little something for the diary:

The first collaboration between tattooist and fantasy artist Loren Fetterman and performance artist Stefanie Elrick, Written in Skin will see the stories of an international group of strangers [being] ‘blood-lined’ across the entirety of Stefanie’s body in one sitting. ‘Blood-lining’ is a semi-permanent form of tattooing without ink, the results of which are akin to scratches visible for weeks that gradually heal and disappear. Literalising the emotional marks we inflict and receive through experience, then transforming them into a customised piece of body art, this project explores vulnerability, intimacy and the regenerative process of love.

It explores. But of course. Oh, there’s more.

As the skin begins to restore itself the following weeks, photographer Jamie Alun Price will document the healing process via an online picture diary.

Written In Skin will be, um, performed at the Cornerhouse Annexe, Manchester, Sunday May 19th, between 11am and 5pm.

Readers with £15,000 to spare could also consider rewarding artistic greatness by purchasing a pleated white dress, briefly worn by a happening pop artiste named Lady Gaga, and vomited on by the performance artist Millie Brown. Ms Brown’s colossal vomiting works will no doubt be familiar to our regulars.

And those with a taste for even more daring and challenging work may prefer the theatrical stylings of Mr Ivo Dimchev, a “radical performer” acclaimed for his “gripping sensitivity” and whose performance piece I-ON “explores” the “provoking functionlessness” of various objects, before showing us “how to make contact with something that has no function.” Readers are advised that the aforementioned contact-making, which was performed as part of the 2011 Vienna International Dance Festival and is shown below, inevitably includes vigorous self-pleasure with what appears to be a wig:

It’s Good for the Carpet and Smells of Candy Floss

The New York Times reports on a breakthrough in cutting-edge eco-friendly parenting:

When Jada Shapiro decided to raise her daughter from birth without diapers, for the most part, not everyone was amused. Ms Shapiro scattered little bowls around the house to catch her daughter’s offerings, and her sister insisted that she use a big, dark marker to mark the bowls so that they could never find their way back to the kitchen… “Elimination communication,” as the diaper-free method of child-rearing is called, is finding an audience in the hipper precincts of New York City. Ms Shapiro, who is a doula, a birth and child-rearing coach, says it is practically now a job qualification to at least be able to offer diaper-free training as an option to clients. Caribou Baby, an “eco-friendly maternity, baby and lifestyle store,” has been drawing capacity crowds to its diaper-free “meetups,” where parents exchange tips like how to get a baby to urinate on the street between parked cars. Parents are drawn to the method as a way of preserving the environment from the ravages of disposable diapers. Many of them like the thought that they are rediscovering an ancient practice used in other cultures.

How daringly ethnic. Why, it’s practically like having your very own brown baby. I can’t help wondering if this, um, innovation will affect how often such parents find willing babysitters and dinner guests. To say nothing of how often they get invited round for lunch by friends who may wish to preserve their own environment.

Answers On a Postcard, Please 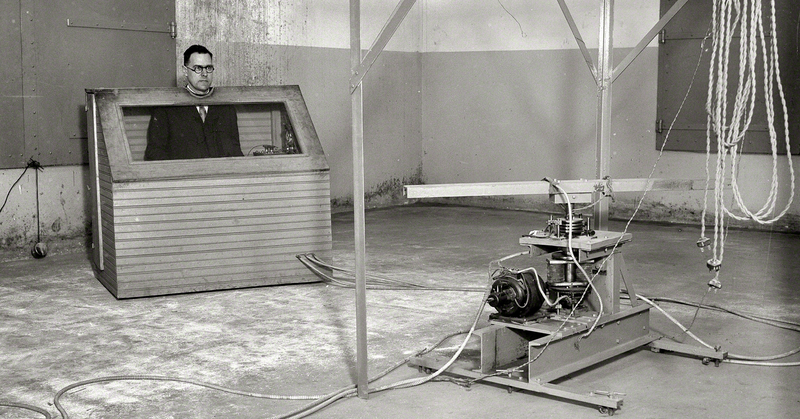 Okay, a clue. But just the one.

Via Out of Context Comics. Remember, context is for weaklings.

Readers who followed this recent thread on Margaret Thatcher and her critics may enjoy Martin Durkin’s documentary, available on 4oD here, Margaret: Death of a Revolutionary. Durkin’s film not only offers a useful history lesson, it’s also a nimble shredding of quite a few leftist myths. Its highlights include contributions from Madsen Pirie, who really ought to be on TV more often, and some comically disingenuous squirming by Mary Warnock and Neil Kinnock. During the Kinnock interviews, pay close attention to Durkin’s right eyebrow. A lot can be said with an eyebrow.

In Other Time Machine News

Via Iran’s FARS news agency, this just in:

[Inventor, Ali] Razeghi also claimed to have beaten competitors working on similar devices: “The Americans are trying to make this invention by spending millions of dollars on it where I have already achieved it at a fraction of the cost.” He added that he is concerned about industrial espionage, as other nations will be eager to learn his secrets. “The reason that we are not launching our prototype at this stage is that the Chinese will steal the idea and produce it in millions overnight,” he said.

I know, I know. But wait. History is already being rewritten.

This is an extraordinarily, absolutely, uniquely cohesive political entity and society… I’ve been there. I’ve seen it up close and personal… They do have a satellite circling the Earth. They do have a cohesive, pristine, innocent culture. A culture that has not been penetrated by globalisation and by Western mores… I’m much more afraid of the United States of America and so are most people in the world.

For newcomers, more items from the archives.

The woes of being leftwing and insufficiently black.

One needn’t be a cartoon Tory to marvel at Decca Aitkenhead’s classic Guardian piece Their Homophobia is Our Fault, in which she insisted that the “precarious, over-exaggerated masculinity” and murderous homophobia of some Jamaican reggae stars are products of the “sodomy of male slaves by their white owners.” And that the “vilification of Jamaican homophobia implies… a failure to accept post-colonial politics.” Thus, sympathetic readers could feel guilty not only for “vilifying” the homicidal sentiments of some Jamaican musicians, but also for the culpability of their own collective ancestors. One wonders how those gripped by this fiendish dilemma could even begin to resolve their twofold feelings of shame. It’s important to understand these are not just lapses in logic or random fits of insincerity; these outpourings are displays – of class and moral elevation. Which is why they persist, despite getting knottier and ever more absurd. Crudely summarised, it goes something like this: “I am better than you because I pretend to feel worse.”

A black man buys truffles. The Guardian is thrilled.

This “new kind of spending” - buying overpriced fungus - is much more radical than buying Rolex watches, ostentatious cars or cases of Cristal champagne. It’s a thrilling development in “black identity.”

Academic Wrongthought™ and the narrowing of minds.

A study of 24,000 students conducted by the Association of American Colleges and Universities in 2010 revealed that only 30.3% of college seniors strongly agreed with the statement that, “It is safe to hold unpopular opinions on campus”… The students were downright optimistic compared to the 9,000 campus professionals surveyed. Only 18.8% strongly agreed that it was safe to hold unpopular opinions on campus... As the sociologist Diana C. Mutz discovered in her 2006 book Hearing the Other Side, those with the highest levels of education had the lowest exposure to people with conflicting points of view, while those who have not graduated from high school can claim the most diverse discussion mates. In other words, the most educated among us are also the most likely to live in the tightest echo chambers.

“It’s best to have some empty shelves toward the bottom so that you can climb them and feel like Spider-Man while your partner penetrates you standing up.”

Just Don’t Call It a Hustle.

My local publicly-funded galleries of contemporary work, one of which is a glorified coffee shop for two dozen middle-class lefties, can be relied on to disappoint - and to go on disappointing - precisely because there’s no obvious mechanism for correction. No box office takings to fret about, no bums on seats, no ghastly commercial metrics need be considered. And so the featured artists, or pseudo-artists, can expect taxpayers to serve as patrons, whether they wish to or not, while being immune to the patron’s customary discrimination between promising art and opportunist flim-flam. The expectation that one must be exempt from base commerce, and by extension the preferences of one’s supposed audience and customers, is an arrangement that rewards and encourages the peddling of drek. Yet Liz Forgan and her Arts Council associates would have us believe that an interest in visual culture, music, etc., should coincide with an urge to make others pay for whatever it is that tickles you, or for whatever is deemed to improve the species by Liz Forgan and her colleagues, i.e., People Loftier Than Us.

Update: In light of today’s news, this seems relevant:

Claire Berlinski on Margaret Thatcher and her loftier enemies.

When asked why intellectuals loathed her so, the theatre producer Jonathan Miller replied that it was “self-evident” – they were nauseated by her “odious suburban gentility.” The philosopher Mary Warnock deplored Thatcher’s “neat, well-groomed clothes and hair, packaged together in a way that’s not exactly vulgar, just low,” embodying “the worst of the lower-middle class.” This filled Warnock with “a kind of rage.”

There’s more, so much more, in the greatest hits. And patrons are reminded that this rickety barge is kept afloat by the kindness of strangers.