In which we revisit the towers of academia, the intellectual boiler-room of contemporary art and various lamentations from the pages of the Guardian.

In January we marvelled at the inventive ways in which the Arts Council sets fire to our earnings:

One might have thought that buskers got their money from passers-by, depending on whether or not they were any good. Apparently, it is much more sensible to take money from taxpayers and simply hand it over.

Our ongoing series of agonised tweets illustrated the rich spectrum of leftist emoting. From sadness and bewilderment to self-satisfaction, determined righteousness and a tearful longing for “uncomplicated anger.” We also met a student named Arun Smith, a radical saviour of the hypothetically downtrodden, who showed us just how complicated - and dishonest - anger can be:

Despite his extensive commentary on the subject, Mr Smith still hasn’t specified any actual remark that offended him sufficiently to vandalise the free speech wall then boast about it online. Regardless of its content, the free speech wall is, we’re told, “an act of violence.” A “microaggression.” And so Mr Smith feels obliged and entitled to retaliate, in order to pre-empt any hate (as defined by him) that might potentially occur at some point in the future. A line of moral reasoning that’s rather bold and which gives our saviour enormous scope for “forceful resistance” against almost anything he doesn’t like, even if it hasn’t happened yet.

February brought us connoisseurs of stiffness and axial rotation, and the pioneering work of the Institute for Centrifugal Research, where human endurance meets “excessive G-Force.”

March was of course the month of The Incident, a “level 3” violation of school behaviour, following which a classroom of seven-year-olds were urged to “share their feelings” about a partly-chewed pastry. Other highlights included students at the University of Tennessee being enlightened by a lesbian bondage expert, a reminder of the wickedness that is racist hair, and further evidence of the Arts Council’s discernment and competence. Qualities best illustrated by the £60 million West Bromwich arts centre, which promised to “make the arts more accessible” and two years after opening had failed to attract a single paying customer.

In April Martin Durkin aired an excellent documentary in which he made full use of his right eyebrow. There was also a breakthrough in eco-friendly parenting, and we beheld the theatrical stylings of Bulgarian performance artist Mr Ivo Dimchev. 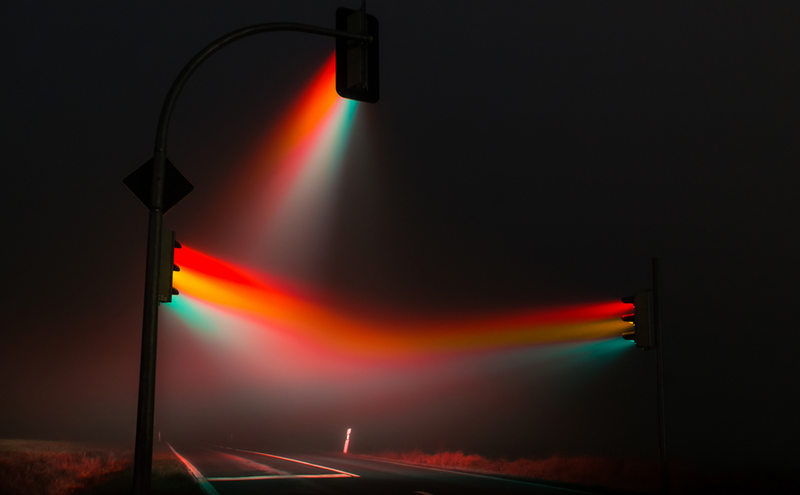 Seven years, good grief. As is the custom here, posting will be intermittent over the holidays and readers are advised to subscribe to the blog feed, which will alert you to anything new as and when it materialises. Thanks for another million or so visits this year and another six thousand comments, many of which prompted threads that are much more interesting than the actual posts. Which is kind of the idea. And particular thanks to all those who’ve made PayPal donations to help keep this rickety barge above water. It’s much appreciated. Newcomers and people with nothing better to do are welcome to rummage through the reheated series and greatest hits. There you’ll find, among other things, great feats of artistry, an ongoing catalogue of leftwing agonies, the bewilderment of George Monbiot, the mind-blunting effects of pretentious racial guilt, and a righteous denunciation of the barbecue patriarchy.

Lyrics here. To you and yours, a very good one.

This Doesn’t Happen in Waitrose

Via Julia, who seems to have an eye for stories involving irregular arousal.

I question the physics of this. // But what if the knives were on fire too? // Your very own tabletop fire vortex. // How low? This low. // Hardcore poodle. // Yes, but then I’d have to dress for blogging. Formally, I mean. // At last, dehydrated beer. // Seaboard, a squishy keyboard with intuitive pitch bend. // Upmarket electronica from Woob. // The robocallers are coming. “She says of course she’s a real person.” // Don’t prod the moth. // Traffic sorted by colour, as it should be. // Hand-coloured photos of 19th century Japan. (h/t, Coudal) // “The anechoic chamber is so quiet the longest anybody has been able to bear it is 45 minutes.” // Why rats don’t rule the Earth. // Walking cube. // And just wait for the foot.

The Needs of Artists

As an artist, of course I do seek attention – I want to express and communicate ideas, and refuse to feel compunction for that. Even in the face of criticism, I will make no apologies for my art.

So roars Ms Casey Jenkins, the “performance artist, craftivist and rabble rouser” whose vaginal knitting video thrilled us recently. And who now seeks to widen the minds of Guardian readers:

Over the past two weeks, over 3.5m people have watched the YouTube clip… documenting my 28 day performance piece, Casting Off My Womb… The short clip… gives an overview of the work in which I used skeins of wool lodged in my vaginal tunnel to knit a long passage, marking one full menstrual cycle.

Yes, a mighty work. Colossal in its scope and profundity.

My image and work have been consumed, contemplated and commented on by millions across the globe. It’s interesting then, that all of this electronic crackle and buzz has not altered my identification with it at all… The response to the clip was immediate, massive and, for the most part, negative, marked with fear and repulsion. The word “ick” features heavily, as do “eww,” “gross” and “whyyyy?”

Well, pulling wool out of whatever bodily orifice it’s been crammed into, especially wool that’s smeared with menstrual blood, isn’t everyone’s cup of tea, or idea of a rich aesthetic experience. In much the same way that the audience for viewing used tampons and used toilet paper is somewhat niche and limited. But then I’m sure Ms Jenkins knew that before she began, and indeed was counting on it. For the talentless, transgression is the only card to play. It’s therefore unsurprising that mockery, bewilderment and mild repulsion are insufficient to prompt Ms Jenkins to rethink her artistic medium and life choices more generally. Clearly, she is impervious to mere public feedback and is happy to construe disdain as in fact an affirmation:

Commentators seem to be genuinely outraged that I would dare to do something that they view as strange and repulsive with my body without displaying shame. Women putting themselves forward in any capacity in the world is frowned upon, and for a woman to put herself forward in a way that is not designed to be attractive or pleasing is downright seditious. People are incensed!

Yes, incensed, outraged and afraid. The patriarchy trembles. Proof, if proof were needed, of just how radical and daring Ms Jenkins really is.

Continue reading "The Needs of Artists" »

For newcomers, a selection of short films and documentaries from the archives.

Till Nowak visits the Institute for Centrifugal Research. An adventure in human endurance and excessive G-Force.

The un-named man, who appears to have been home at the time, was left unable to move, but luckily had his mobile phone close by. Firemen who attended the scene were able to free him from the object successfully, but he did require on the spot medical treatment from paramedics. The firemen then provided the man, from Newport, South Wales, with “suitable advice” to avoid getting into a similar predicament again.

I suppose it’s possible he slipped and fell onto it, quite firmly.

Ugh. Am felled by Man Flu, the deadliest flu of all. However, further to this discussion, I feel compelled to share this.

If I don’t make it through the day, tell them I died heroically and handsomely. In an ocean of snot.

Posted at 08:05 in Academia, Agonies of the Left, Politics, Psychodrama | Permalink | Comments (52)

Theodore Dalrymple on the intrigues of communist micro-cults:

The Balakrishnans, however, had a falling out with the Communist Party of England (Marxist-Leninist) over small doctrinal questions such as how many class enemies could be shot on the edge of a mass grave. Such differences over tiny matters led to immediate expulsions and excommunications. The Balakrishnans were expelled from the CPE(M-L) for “conspiratorial and splittist activities,” splittist being a technical term for anyone who disagreed with the leader of the groupuscule from which he was allegedly producing a split. Considering that the groupuscule always viewed itself in the vanguard of the whole world’s proletariat, splittism was a very serious offence: It risked confusing the world proletariat and leading them to mistake its own interests by following the splittist faction instead of the true, real Marxist-Leninists.

FIRE’s Harvey Silverglate on policing speech and the redefinition of “liberal”:

Marc Sidwell on the bloat and dysfunction of the Arts Council:

The Arts Council was designed as a short-term expedient, operating on a modest budget carefully spent and with costs tightly controlled, as they had been in wartime... It was not designed to serve as a permanent substitute for public initiative and taste, and certainly not to administer a budget almost 80 times larger than it initially enjoyed.

And from 2008, Heather Mac Donald on the feminist inflation of rape on campus:

[If true,] the one-in-four statistic would mean that every year, millions of young women graduate who have suffered the most terrifying assault, short of murder, that a woman can experience. Such a crime wave would require nothing less than a state of emergency — Take Back the Night rallies and 24-hour hotlines would hardly be adequate to counter this tsunami of sexual violence. Admissions policies letting in tens of thousands of vicious criminals would require a complete revision, perhaps banning boys entirely. The nation’s nearly 10 million female undergrads would need to take the most stringent safety precautions. Certainly, they would have to alter their sexual behaviour radically to avoid falling prey to the rape epidemic. None of this crisis response occurs, of course — because the crisis doesn’t exist.

Correcting Your Gameplay for the Greater Good

I’ll just leave this here, shall I? Mr Mason, you’ll recall, is a former member of the Trotskyist group Workers’ Power, a fan of “class war,” a booster of Occupy, and more recently the BBC’s Newsnight economics editor and the culture and digital editor of Channel 4 News. He is of course a champion of the great thinker Laurie Penny.