Someone Bought a Led Zeppelin Album

Newcomers are advised that the greatest hits have been updated. If you’d like some idea of what goes on here, it’s a good place to start. As is the reheated series. There are nuggets to be had, not least in the comments.

Also, a note of thanks to all who’ve been using the Amazon search widgets to do their shopping. Any purchase made via the widgets, or via this link (for Amazon US) and this link (Amazon UK), results in a small fee your host at no extra cost to you. Readers are of course welcome to make a donation via PayPal. Think of it as a magazine subscription, a way to keep your host banging on month after month. Or just monetised love.

Taken aback by goings-on. // Magic for dogs. // Apparently it’s a grindcore band. // Michael Jackson minus the music. // The science of dancefloor seduction: “Women rated dancers higher when they showed larger and more variable movements of the head, neck and torso.” // Accelerated sponges. // The making of neon signs. // Bus stop of note. // Our endangered green belt. // Previously on Game of Thrones. // Jonah Goldberg on “social justice.” // Just clouds. // The eyes of 200 people. // Light paintings. // Butterfly wings. // Why this man has a camera on his foot. // The secret life of classroom furniture. // Hair “in accordance with the socialist lifestyle.” // And finally, further to this, it’s 2048 Numberwang. 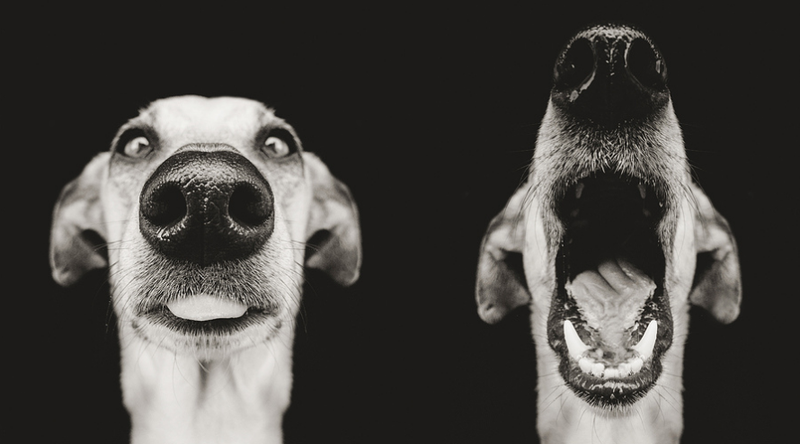 Photographed by Elke Vogelsang. Via sk60.

Wrapping for Something Vile

It’s more appropriate to talk of Marxists being indoctrinated than it is most people, who take less doctrinal, more experience-based and pragmatic approaches to issues. Marxism belongs with traditional religions to a bracket of improbable, dogma-based belief systems that require faith to maintain, in the teeth of what could politely be called conflicting data. As with traditional religions, you get ‘Why I am still a Marxist’ and ‘Why I am no longer a Marxist’ essays and columns – Chris himself wrote one – which are very similar to ‘Why I am still/no longer a Christian’ type pieces.

You don’t get ‘Why I am still a slightly conservative pragmatist’ essays in the same way.

Dr Miller-Young is a typical specimen of homo academicus (or perhaps I should say, mulier academica), circa 2014. The non-stop racial grievance mongering. The anaphrodisiac obsession with gutter sex. The bad prose. The cutesy nods to pop culture. The reflexive left-wing politics. The angry, intellectually nugatory posturing… Dr Miller-Young is as dreary and predictable a representative of the low-wattage, affirmative-action branch of that enterprise as any cultural pathologist could wish for. Would you let her loose on your delicately brought-up daughter? While you ponder that question, let me repeat that there is nothing out of the ordinary about Dr Miller-Young. She is exactly what you can expect when you sign up for a course in the “humanities” these days.

Worth reading in full. And note Dr Miller-Young’s progressive approach to debate: “I’m stronger so I was able to take [and destroy] the poster.” More on the story at Ed Driscoll’s place. And somewhat related is FIRE’s latest video, in which a Dartmouth College student recounts how a fellow student destroyed his organisation’s pro-life display with a car. A car with a “Coexist” bumper sticker on the back.

That little, if any, evidence exists to sustain either of these beliefs has not deterred the “rape culture” believers; if anything, the lack of evidence for their claims appears to have emboldened them… “Rape culture” activists generally steer clear of law enforcement, since police might demand evidence to substantiate their claims.

And Karen Lewis, president of the Chicago Teachers Union, wants “social justice” shoehorned into primary school maths teaching. Because who could possibly want their children to learn arithmetic without some nakedly Marxoid indoctrination?

A Helpline for the Modern Savage

The gentleman had called the Female Genital Mutilation Helpline thinking it was a helpline set up by Her Majesty’s Government to help you find someone to genitally mutilate your daughters.

And no, he’s not joking.

Her paucity of ideas and her unwillingness to do actual research led Mary Daly to the crucial insight that consumers of radical feminist books didn’t really care about facts or logic or coherent argument. No, the feminist readership consists of disgruntled misfits who want someone to give voice to their inchoate rage. My theory, then, is that Daly discovered she could spend a few hours a week sitting in front of a word-processor, probably with a supply of whiskey and ice near at hand, typing any kind of stream-of-consciousness nonsense that popped into her head. So long as her rants were aimed at the phallocratic patriarchy, and invoked the celebration of radical liberated womanhood, the incoherent nature of Daly’s prose was actually a feature, not a bug. No one could refute her “arguments,” because no one could make sense of them.

Peter Risdon notes the modesty of a certain Marxoid titan:

It’s as though each narcissistic personality disorder has its own unique signature.

And Theodore Dalrymple on assault, sentimentality and moral cowardice:

I was alarmed but not altogether surprised to read that Marie… did not want [her assailant] to be locked up but rather that they should receive a punishment “so that they understand.” Understand what, precisely? That hitting a defenceless woman in the face ten times with a knuckleduster isn’t a nice thing to do? But they understood this already, only too well: It was precisely their understanding that impelled them to do it… Presumably Marie had in mind something such as psychoanalysis, perhaps mixed with a little compulsory social work or planting flowers in municipal flowerbeds. This is like trying to talk reason to Pol Pot at the apogee of his power, to get him to stand down by persuading him that what he was doing was wrong.

If Miss A suddenly finds herself being beaten by Thug B – repeatedly, ostentatiously, with premeditation and knuckledusters – and then insists her assailant should face only the most mild and inconsequential punishment, this looks an awful lot like moral preening. “See how lenient and saintly I am.” The next victim of thug B – and there usually is a next victim – may not appreciate this display of moral (self-)elevation.

Their Mighty Brains Will Save Us

From Monday the Guardian is handing over control of its features content to 10 young trainee journalists… Here they describe the topics they want to explore and debate – the media, sex, food, employment, globalisation and more.

Thrilling, isn’t it? All that exploring and debating by the titans of tomorrow as they probe “the issues that matter to us and why.” They have a mission statement and everything:

We are all members of Generation Y – those born between the early 80s and early 00s.

And this, in itself, is somehow fascinating and a basis for applause.

Like every generation, we think we see things differently from the ones that came before us. Also like every generation, we face rapid change that we don’t fully understand – for instance, are we really digital natives, or just magpies collecting shiny things? Are we doomed? Is our future a dystopian IRL news feed of being screwed over by landlords/elected officials/ill-judged sexts?

With such pressing questions in mind,

For one week, we will share our perspectives on the media, globalisation, sex and pop culture,

Media, globalisation, sex and pop culture. Wooh, yeah. Can the system cope with this avalanche of intellectual boldness?

These are some of the pieces we will be bringing you:

Everything you wanted to know about trans sex lives and were rude enough to ask.

Why Clueless defines Gen Y better than any other single cultural artefact.

As you can see, it’s “a week for everyone,” brought to you by an “eclectic mix of voices that have yet to be heard.” And so let’s meet some of these eclectic debaters and explorers, this hot and sassy new Guardian team.

Continue reading "Their Mighty Brains Will Save Us" »

Cathy Young on the psychodramas of academic feminism:

Twenty years ago, critics such as Christina Hoff Sommers, Daphne Patai and Noretta Koertge, and Karen Lehrman described the bizarre “therapeutic pedagogy” in many women's studies classrooms, where female students were frequently encouraged to share traumatic or intimate experiences in supportive “safe spaces.” Today, at many colleges, academic therapism has spread to other fields. Welcome to the age of the trigger warning. […] Initially, the warnings were primarily for sexual assault and partner abuse. Eventually, they spread to just about everything that could be potentially upsetting to any person of politically correct sensitivities: sexism, racism, homophobia, “ableism,” “victim-blaming,” “slut-shaming,” “fat-shaming,” “body-shaming” and a host of other sins and oppressions. (My personal favourite is a warning for “discussion of gender policing” - that is, of norms dictating proper bounds of masculine and feminine behaviour. How startling to find such a discussion on a feminist blog.)

‘Neoliberalism’ means free markets and ‘transnational forces’ means globalisation, i.e., free trade between countries. These are the main factors that have led to the extraordinary reduction in poverty in developing countries since 1980. The world suffers less from an unequal distribution of wealth than it does from an unequal distribution of capitalism. Countries which have resisted free market reforms have suffered greatly as a result.

The teachers’ unions see charter schools as a threat to their members’ jobs, and politicians respond to the money and the votes that teachers’ unions can provide. The net result is that public schools are often run as if their main function is to provide jobs to teachers. Whether the children get a decent education is secondary, at best.

And Dr Ben Carson, a retired black neurosurgeon, recently spoke at a conservative conference and received thunderous applause. Much to the annoyance of quite a few people on the Totally Non-Racist Left™, who denounced him as an “uncle Tom,” a “token” and a “house negro.” “He can shine my shoes,” wrote ‘progressive’ comedian Laura Levites.

Via Martin Durkin. Thanks to dicentra.