The eyes of Hitchcock.

She Finds Herself Fascinating

This [need for research and subsequent expertise] shouldn’t be too difficult. The topic that Margo will deeply research for her taxpayer-funded PhD is… herself: “The [thesis] will be a professional memoir which seeks to explain my journey from mainstream political journalist to Sydney Morning Herald political blogger and editor with Webdiary, website owner when I went independent in 2005, and my new project after a seven-year break, No Fibs.”

She won’t just be Doctor Margo – she’ll be a doctor of Margo. This might be the most indulgent exercise in academic history. Let’s hope Margo’s expert in-depth Margo analysis covers the time she blew more than $40,000 in three months running a blog, her attempt to establish a Margolian legal system, her discovery that Jews controlled Australia, and her whole decade-plus of paranoid gibberish, right up to the moment she somehow gained taxpayer funding for a demented Twitter site.

There are plenty of links in Tim’s piece and a sample of Ms Kingston’s pronouncements can be found here. Among them, a call for fellow socialists to rise up and “overthrow this illegitimate government,” her enthusiasm for “civil war,” her statement that the United States used nuclear weapons in Vietnam, and her belief that Australia is “at war with Norway.” 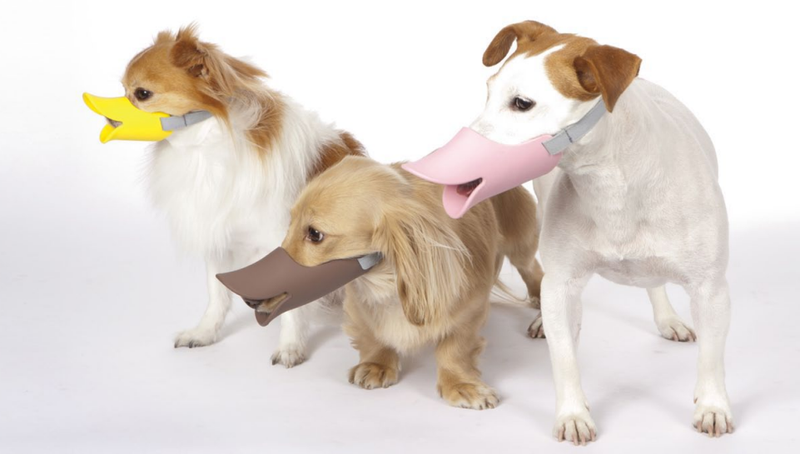 “It shapes winsomely and is not intimidating.” There’s a pdf, a gallery and a video. Via sk60.

Continue reading "And Now a Word from Our Sponsors" »

Roger Kimball on that pernicious little tool in the White House:

Just yesterday, the president of the United States… stood before the United Nations and heaped praise on Sheikh Abdallah Bin Bayyah, a Muslim cleric who has endorsed a fatwa calling for the murder of U.S. soldiers. Yep, Bin Bayyah is Obama’s candidate of the week for the prize of being a “moderate Muslim.”

And Heather Wilhelm weeps at the suffering of “Goodwill Ambassador for U.N. Women,” Ms Emma Watson:

While Watson, to her credit, did give a few shout-outs to actual oppression around the globe — child brides and uneducated girls in Africa, specifically, along with an admission that “not all women have received the same rights I have” — her speech [to the U.N.] was an unfortunate reflection of the “we’re all victims,” zero-sense-of-proportion mishmash that makes up modern Western feminism. If you don’t believe me, here is what Emma Watson, Hollywood actress, actually complained about before a body of 192 member states, some which have more terrifying dictatorships than others: 1. She was called “bossy” as a child; 2. She was sexualised by the media as a young movie star; 3. Many of her girlfriends quit their sports teams because they didn’t want to grow muscles.

Now, if, for instance, Ms Watson had directly addressed the representative of each member country in which women really are treated appallingly – and listed that country’s sins in graphic detail – I’d have been more than happy to applaud. But that didn’t happen, and was never going to happen. What we got instead was a piece of flimsy theatre that we’re expected to applaud anyway. It’s the U.N., after all. But it seems to me that if you’re going to use a U.N. gathering to shame backward cultures and their various representatives – shame them into change - it’s best not to appear clownish and morally frivolous while you’re attempting it. And if you want to highlight real oppression in the world – say, women being disfigured by Muhammadan savages – it’s probably best to avoid moaning about having once been called “bossy.”*

*Added via the comments. Feel free to share your own links and snippets below.

Posted at 14:36 in Politics, Religion, The Deep Wisdom of Celebrities | Permalink | Comments (38)

Roller-skating monkeys and other things photographed by Stanley Kubrick. // Hardcore cough syrup of yore. // Rush hour. // Real-time aurora. // There are ruins in New York City. // The chemistry of autumn. // When elephants frolic. // The sheep have penetrated our defences. // Seen in dentist school. // Test your pitch perception. (h/t, Dr W) // Tiny paintings. // World’s deepest pool. // Parasitic worm of note. // An alternative ‘Occupy’ syllabus. // “Even though it was a trick, the reaction was pure and honest.” // The relative sizes of fictional spacecraft, updated. // Strange sexual organs. // How to attract frogs. // Coffee time. // Spoilers. //A brief history of the vocoder. // Phantom vibrations. // And finally, someone’s gone and copied your host’s own early morning exercise routine.

A Guardian headline brings to light another pressing issue for its readers to fret about:

Why does a black butt only look good in white skin?

Our fearless interrogator, our prober of deep mystery, is Yomi Adegoke, who tells us that she “writes about race, popular culture and intersectional feminism.” Heavens, what a surprise. It’s not Ms Adegoke’s only question, though. She has more:

So the attributes that black women have so long been shamed for have finally been given the… seal of approval due to a new Aryan aesthetic?

Oh my. An Aryan aesthetic. She went there, being so fearless.

Ms Adegoke’s article is at times hard to follow and extrapolates a little too wildly from things that someone said on Twitter. It isn’t without its gems, however – candidates for our ongoing series of classic Guardian sentences. Among them, this:

The black female body is still played for laughs as butt prosthetics become the new blackface.

From what I can make out, our indignant Guardianista is upset that some white female celebrities have been happily drawing attention to their fulsome hindquarters, which are, it seems, the latest must-have fashion item among the suggestible and insecure. No, I hadn’t noticed. Possibly on account of my total lack of interest in MTV and celebrity tattle magazines. But apparently it’s a thing, the hugeness of one’s arse. And this pride in ample buttocks simply will not do. Not when ladies of pallor are the ones doing it:

It turns out that the well-upholstered rear has been “appropriated” in “a world where white is right.” Two ladies named Miley Cyrus and Katy Perry, possibly pop artistes, have been,

using huge novelty bottoms as performance props in a bid to appear contemporary and comedic while accessorising the black aesthetic.

A pop cultural detail that had hitherto, and regrettably, escaped my notice. Doubtless all pale women, being so determined to appropriate and oppress, will soon be turning up to work with huge foam bottoms attached to their person. And according to Ms Adegoke, larger than average buttocks are a “part of black culture” - a part that is “now deemed good enough to gain a level of mass respectability after getting a belated thumbs-up from white society.”

You heard her. Thumbs-up or not, big buttocks are black culture. So you white folk mustn’t pinch them.

Posted at 15:23 in Classic Sentences, The Politics of Buttocks | Permalink | Comments (63)

From the Guardian, a headline of note:

I know. Polygamist Women Dressed Like Ninjas has potential as a band name. The story’s quite odd too:

Two armed “polygamist women” dressed like “ninjas” were subdued by a sword-wielding man during a home invasion, according to police in suburban Utah. Police said the two women, aged 18 and 22, were attacking the home of a witness and victim in a criminal child sex assault case against a man the women called their “husband.” The women “violently attacked one of the adult males in the house who came to see who was coming,” Ian Adams of the West Jordan police department told the Guardian. “Another adult male joined the fray in defence of the first male victim. He was armed with a sword, and using a sword… and with the other male [was] able to subdue the two women until police arrived and took them into custody.”

How humdrum your own life must seem in comparison, what with its lack of sexual triangulation, sword-wielding and suburban polygamist ninjas.

Spotted and shared by Randall Sherman.

“Having less is actually very freeing.”

Kaitlyn Schallhorn discovers some intimate probing in the name of “social justice”:

Does the university need to know if I had oral or normal sex in the last three months after I’ve been drinking alcohol or using drugs recreationally, or if I used a condom during? They don’t need to know that for a gender equality questionnaire.

A headline that may amuse:

But gosh, they were doing so well.