Elsewhere (197)
This Is My Shocked Face

He’s Being Rugged, And We Can’t Have That

In the pages of the Guardian, masculinity is once again being piously disdained. This time by Mr Grayson Perry, a part-time transvestite and maker of unattractive pottery:

The Turner prize-winning artist has turned his sights on the survivalist [Bear Grylls] and his exceptionally rugged version of masculinity, arguing that it isn’t fit for the 21st century. “He celebrates a masculinity that is useless,” Perry said… Perry said that the masculine ideal presented by shows such as The Island, in which Grylls is currently putting a third group of hapless contestants through survivalist hell, is making it harder for men to successfully negotiate modern life. “Men might be good at taking the risk of stabbing someone or driving a car very fast, but when it comes to opening up, men are useless,” Perry told the Radio Times in an interview to promote his new series, All Man.

And then, because we haven’t had one in a while, a classic Guardian sentence:

“Masculinity is a decorative feature that is essentially counter-productive.”

Well, it’s true that rafting skills and urine-drinking may be niche concerns and of obvious practical use only to explorers, hardy outdoors types, and people whose package holidays have gone catastrophically wrong. But – and it’s quite a big one - there’s something to be said for seeing people in unfamiliar and rather trying circumstances achieving more – sometimes much more - than they thought they ever could. Which is both the premise and appeal of Mr Grylls’ various, quite popular TV programmes. However, showing people that they may be much more capable than they previously believed, resulting in a sense of great personal satisfaction, is apparently unimportant, a mere “hangover” from more primitive, less Guardian-friendly times.

Regarding the claim that masculinity is functionally obsolete and is now merely decorative, and at risk of seeming unkind, readers are invited to compare the mugshots of Mr Perry and Mr Grylls, these two contrasting expressions of modern masculinity, and ponder which is likely to attract the more widespread and vigorous sexual attention. Or indeed which of them might be more likely to prevail in a more hazardous physical exchange – say, an attempted mugging. And on the supposed uselessness of archetypal masculine skills, Mr Grylls’ lengthy television career, his extensive property portfolio, and his estimated annual earnings from UK merchandising alone of £3.3 million, rather speaks for itself.

Now she’s big in Australia, as it were.

Really? I had the impression she's big everywhere . . .

I’m trying to imagine what it must be like to have no apparent inkling of how your own behaviour undermines your pretensions and reveals them as ludicrous.

Ehn, observing any hipster may give some idea, but then as noted before, if hipsters were capable of having a synapse, they wouldn't be hipsters . . .

"His problem is that he doesn't have the tools necessary."

You could always get her to fart to give you a clue?

She's proof of Chaos Theory: If a fat feminist flaps her bingo wings at UMass, it causes snowstorms in England.

I was thinking more along the lines of an anchor.

Heh...Trigger warning reminds me of... heh...just noticed my post is on a different page from the image I was referencing. More amusing with some juxtaposition. Forgive the double post. YMMV, though I suppose... 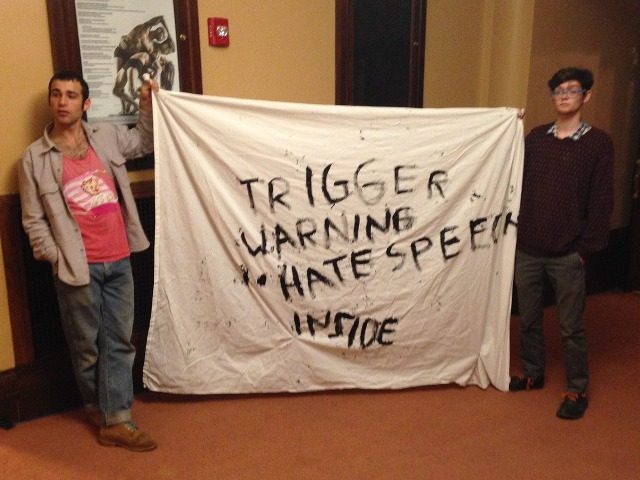 I've been seeing this video for days, couldn't place why she looked familiar ...
http://www.geocities.ws/monsters_inc_fan/roz.jpg

It turns out that Ms Cora Miriam – she of the screeching and arm flapping - fancies herself as an educator.

“Fatness has little or nothing to do with health.” 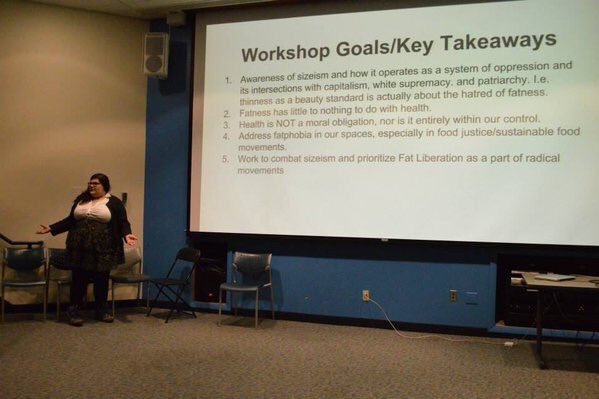 Claims the woman who broke out in an exhausted sweat after lifting her arms half a dozen times.

"This Claire, this high priestess of the Alan Measles cult, this Hell's Angela in lavender and yellow motorcycling kit, this sour-faced old bat glowering from a daisy-decorated helmet, has been given the freedom of the British Museum to mount an exhibition of artefacts in which he perceives some affinity with his own work. These are largely unsophisticated primitive things by anonymous craftsmen, imbued with elements of faith, fetish and native tradition, often whimsical and charming, occasionally menacing. These we must see as though on a pilgrimage through a world of Perry's imagining but, too much diluted by his pots and his vast, vile, vulgar tapestry, they are reduced to the status of goods in a curiosity shop that has something of Harrods and the Hirst sale at Sotheby's about it."

a weak, meek, docile people are easier to conquer

Charlton Heston put his vest on,

But Grayson Perry couldn't even lift the sherry.

A student of “communications” at UMass has written an indignant letter to Steven Crowder in the wake of the “triggering” event, linked upthread, in which fellow “social justice” activists were, as she puts it, “verbally crucified.” Said student describes herself as “informed” and questions the panellists’ intellectual credentials – all while struggling with grammar and basic logic. Apparently, invited panellists shouldn’t be allowed to respond to continual interruption and the hysterical screeching of obscenities with mockery and barbed put-downs, as this makes the people doing the interrupting and screeching of obscenities “feel unsafe.”

This is the lofty moral logic of student activism.

invited panellists shouldn’t be allowed to respond to continual interruption and the hysterical screeching of obscenities with mockery and barbed put-downs...

In other words, responding forcefully to the screeching and cursing of the Social Justice Warrior is unacceptable, because shut up.

I may have already mention it, but I can only imagine that someone with such obvious mental illness issues was admitted to college because some leftist administrators felt they needed her for their human zoo menagerie.

“Fatness has little or nothing to do with health.”

Schnikes, that Powerpoint slide is a god-awful mess.

Number 1 - Preferring thin is actually hating fat, not a preference, hate. I prefer old Mustangs, therefore I hate old Camaros. I prefer green, therefore I hate magenta. I prefer scotch, therefore I hate bourbon. There are only two options, like and hate. Deep. How, exactly, are Persons of Avoirdupois being "oppressed" ? Not allowed to sit in the back of the plane because it ruins the center of gravity ?

Number 3 - OK, if there is no moral obligation to maintain a rough semblance of health, don't ask me to pay for your insulin and bypass. Regarding the fact that health is not entirely in our control, sure, one could get shot, get malaria despite precautions, and so on, but as before, don't ask me to pay for your ignoring those things you can control.

IOW, hands off my donuts, comrade.

Number 5 - Fat Liberation ? What, exactly, are they wanting to be liberated from ?

The correct term for her scribblings is disorganized cerebral electrical activity.

Re the 'trigger warning' pic. One, the (I assume) girl on the right is terrifying. The banality blank stare of evil. Lefties are Pod People. Two, what a waste of a perfectly good bedsheet. Oh, and of an expensive and privileged education. Way beyond time to kick 'campus activists' to the kerb.