For newcomers, more items from the archives:

But Why Aren’t People Rushing To Buy My Art?

In which we brave the bleeding edge of conceptual performance.

For those who may be confounded by the profundity of the piece, a handy walk-through guide points out that the performance will encourage among onlookers “a deeper level of critical thought.” The guide notes, rather earnestly, that the first attempt, by Mr Carvalho, to envelop his head in bread, string and assorted meat products, prompted more amusement from the tiny audience than the subsequent repetition of it by Ms Cochrane. This is presented as an invitation to “a fundamental shift in paradigm” and some allegedly profound insight into gender politics. Or, how “different actions are read on different bodies.” Our artistic deep thinkers are seemingly unaware of the concepts of novelty and diminishing returns.

Thank goodness that Ms Dunning, who “felt sick” at even the thought of “something male” growing inside her, is totally opposed to all that “casual and ingrained sexism.”

The option of weight loss isn’t explored, at all. Instead, it seems, we should all “interrogate” and “expand” our desires via immersion in intersectional dogma: “You can start by diversifying the range of bodies you allow into your pool of sexual possibilities,” says he. Thus empowered, we will overcome our “phobias,” which is to say our preferences, and consequently start lusting after “alternative bodies.” Specifically, bodies like Mr Luna’s.

Emily Zak wants us to know that the allure of fresh air and countryside is, like everything else, terribly oppressive.

To spare you the tedium, I’ll summarise: If you can’t borrow a tent or don’t have a pair of suitable shoes, and if you don’t see enough adverts featuring gay people kayaking, and kayaking in a discernibly gay-affirming manner, it turns out you’re being oppressed by society. Of course there’s also the issue of girth: “Only last year,” writes Ms Zak, “did anyone think to build a bike for someone who’s heavier than 300 pounds.” And if the limited availability of reinforced bicycles weren’t quite enough of a stretch, she adds: “Many outdoor jobs, like wildland firefighting and logging, remain hyper-masculine and painfully heteronormative.” You heard the lady. The logging industry is painfully heteronormative.

There’s more, should you want it, in the greatest hits.

The logging industry is painfully heteronormative.

and if you don’t see enough adverts featuring gay people kayaking, and kayaking in a discernibly gay-affirming manner, it turns out you’re being oppressed by society.

Well, quite. And yet Ms Zak, a contributor to Everyday Mentalism, wants us to believe that a lack of adverts for kayaking featuring discernibly gay kayakers is, obviously, a crushing obstacle for any gay people who would otherwise love to go kayaking.

"We need someone who can kayak homosexually."

"We need someone who can [Do Action X] homosexually."

A) Well, quite first off, there is the matter of sorting out exactly what particularly consists of very identifiably doing something in or as a discernibly gay-affirming manner . . . but then again the idea of focusing on identity over getting things done does keep failing that way . . .

A1)---Perhaps there can be a left wing oriented recommendation to emulate such icons of discernibly gay-affirming as J. Edgar Hoover and Roy Cohn.

B) So, jumping past the inherent train wreck of A), One can always meet, join, support, enthusiastically take part in a discernibly gay-affirming manner the Pink Pistols. In fact, there's even a helpful utility manual.

"kayaking in a discernibly gay-affirming manner"

I am old enough to remember when the standard line from gay activists was that there was no difference in anything other than sexual activity.

How about two guys in a rainbow kayak, wearing MAGA hats? The rainbow colors would certainly affirm their gayness and Emily Zak would be happy.

I own kayaks. They're all single paddler versions. I'm not sure how to "gay" one up. At best, kayaking seems to be a rather onanistic endeavor, not that there's anything wrong with that.

I own kayaks. They’re all single paddler versions. I’m not sure how to “gay” one up. We need someone who can kayak homosexually.

I'm imagining a reimagining of The Adventures of Priscilla, Queen of the Desert where the three "fancy ladies" (my niece's term, upon first seeing a Gay Pride parade) have a rafting trip down the Colorado instead of a bus ride through the Outback.

But why aren't people rushing to buy my script? 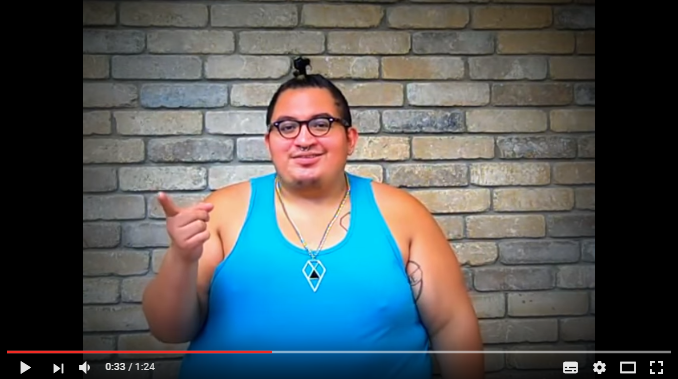 Have we reached peak White Supremacy yet?

some members of the audience approached the podium in an attempt to speak with Gastañaga, but the protesters would not permit it. They surrounded Gastañaga, raised their voices even louder, and drove everybody else away.

I feel the need to point out that a CO2 fire extinguisher emits a powerfully pressurized blast of, well, CO2 that is intensely cold and immediately painful but not permanently injurious.

Short of braining someone with the canister, that is. Which would not be an inappropriate followup.

My understanding is that gay men tend to avoid inserting themselves into those kinds of holes in the first place, so I fear this may be a doomed endeavour.

Have we reached peak White Supremacy yet?

There’s an air of inevitability. As if the same thing has happened before, many times.

Thank goodness that Ms Dunning, who “felt sick” at even the thought of “something male” growing inside her, is totally opposed to all that “casual and ingrained sexism.”

I feel sorry for her son.

“You can start by diversifying the range of bodies you allow into your pool of sexual possibilities . . . "

He can start by diversifying the range of feces he allows into his pool of culinary possibilities.

I feel sorry for her son.

As noted previously, the gist of Ms Dunning’s article is that she loves her baby son despite him being male, and despite her feminist assumptions, which initially left her nauseated by even the thought of gestating a male baby – a male baby she assumed wouldn’t “fit in” with her politics. Which is hardly a resounding validation of the feminist ideology she now wishes to imprint on him, while pointing out his sexism “at every turn.” “I will raise a feminist boy,” says she. And all of this is shared as if it were something to be proud of, as if Ms Dunning’s attempts to rationalise misandry, clearly still ongoing, were something to applaud.

That topknot isn’t helping matters. It emphasises his almost pyramidal physique. Which I suppose is sort of symbolic. Mr Luna seems determined to make the least of his attributes, such as they are, while blaming everyone else for not finding him boing-worthy.

“You can start by diversifying the range of bodies you allow into your pool of sexual possibilities . . ."

I'm going to save that for use with my wife of thirty years when I decide to put on a few extra pounds. "No, really, Honey. It's OK. I saw it on the internet."

Governor Squid, it would be fabulous if your Priscilla, Queen of the River script included Jewelling Banjoes.

It reminds me of how babies were sometimes drawn 100 years ago: One curl sticking up in the middle of the head.

I’m going to save that for use with my wife of thirty years when I decide to put on a few extra pounds.

When you’re sleeping in the neighbour’s garage, I’ll deny all knowledge of you.

Apropos of the Reheated theme, I am taking an online class on image analysis and am jarringly reminded of this post from a couple weeks ago http://davidthompson.typepad.com/davidthompson/2017/09/pantomime.html .

Each section of the class is introduced by a video of the "professor" interviewing a professional in that week's topic. Most are typical scientist types, male and female, and generally the females are not overly made-up, dressed-up, etc.

This week's professional is a blonde-wigged version of the bloke in a dress in David's post. I'm watching the video, and this person looks and sounds male, but is all dolled up in a fancy frock, wearing too much makeup, too much jewelry, and very dark nail polish on those man-hands that kept waving around. The Brit accent was pleasant to the ears, though.

I had to minimize the browser window and just listen to the lecture - the visual was too freaking distracting.

I shall report myself forthwith to the Correction Booth for reprogramming.

Perhaps it would help if you pretended it was a Monty Python sketch? Just think of Michael Palin and everything should be okay.

Perhaps it would help if you pretended it was a Monty Python sketch? Just think of Michael Palin and everything should be okay.

Maybe that was the problem - obvious blokes in a dress types a la Michael Palin are funny as heck in Monty Python sketches.

Seeing the same thing in a lecture I am supposed to learn from rather than merely be entertained by - eh not so much.

Or maybe I'm just not sufficiently Woke or some such cow manure.

Regarding Caleb Luna, if I were of that persuasion, I would certainly prefer the Christiano Ronaldo type of man than that of a fat clown. What is the main giveaway about Mr Luna is that he is a whiny bitch, which would turn off potential, um, suitors.

Trying to imagine a feminist reboot of Priscilla, Queen of the Desert. Traumatised.

Caleb Luna "Comments are disabled for this video" Thank Youtube, that sums it up.