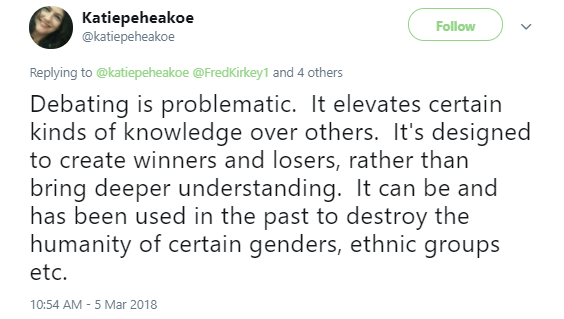 Ms Peheakoe’s Twitter feed is much as you’d imagine. Via Rafi.

And in case anyone wants to believe that such mental contortion is merely a fringe activity and therefore irrelevant, here’s Janice Fiamengo on the Mao-ling mentality and its Clown Quarter enablers:

Do watch the video for examples of the “disordered moral universe,” as Fiamengo puts it, of the Mao-lings’ campus enablers, and for the masked she-Mao-ling whose, um, thoughts enliven the opening of the film.

Related: this, this, and the last item here.