A Rich Seam Of Suckers

DiAngelo isn’t the first person to make a buck pushing tricked-up pseudo-intellectual horseshit as corporate wisdom, but she might be the first to do it selling Hitlerian race theory. White Fragility has a simple message: there is no such thing as a universal human experience, and we are defined not by our individual personalities or moral choices, but only by our racial category. If your category is “white,” bad news: you have no identity apart from your participation in white supremacy (“Anti-blackness is foundational to our very identities… Whiteness has always been predicated on blackness”), which naturally means “a positive white identity is an impossible goal.”

DiAngelo instructs us there is nothing to be done here, except “strive to be less white.” To deny this theory, or to have the effrontery to sneak away from the tedium of DiAngelo’s lecturing – what she describes as “leaving the stress-inducing situation” – is to affirm her conception of white supremacy. This intellectual equivalent of the “ordeal by water” (if you float, you’re a witch) is orthodoxy across much of academia.

And Jonathan Church on the same:

[According to DiAngelo,] the two “master discourses” of Whiteness are “individualism” and “universalism.” White people have been “socialized” from the moment they were born to see themselves as individuals rather than as members of racial groups, and to believe in a universal humanity or human nature. All of this obscures the nature of “systemic racism,” making white people incapable of seeing how they constantly reinstate and reinforce white supremacy with virtually every word they say, or do not say. That’s right. Even if you remain silent in inter-racial dialogue, maybe because you want to shut up and listen or because you are shy and prefer one-on-one interactions rather than the hurly-burly of groups, you are making a “move” of Whiteness which keeps you complicit in the preservation of white supremacy.

Readers who doubt the stupefying effects of Dr DiAngelo’s racial woo should note the number of replies to Mr Church in which his article is dismissed out of hand, triumphantly, by devotees of Dr DiAngelo, as the work of a white person displaying “white fragility,” and therefore invalid by default. As noted here recently, it seems we will purge the world of bigotry by embracing wholesale the mental habits of the bigot.

Getting Over Herself Was Never Really An Option

The last person I had to correct for the misspelling of my name was someone from my own employer, the Australian Broadcasting Corporation.

I was invited to join a panel on representation in pop culture by the ABC News Channel earlier this month, and because the name super (the strap with my name at the bottom of the screen) was added during production, I wasn’t aware my name was spelled incorrectly until after the interview had finished and I was informed by my family and friends.

Faintly ironic, perhaps, at least if you squint. But as claims of victimhood go, and as a basis for an article on how terribly oppressed one is, it needs a little work.

Typos happen and I understand how a slip of the finger on the keyboard turned my surname from Aualiitia into Auakiitia.

Ah, forgiveness. How refreshing. An apology was forthcoming, too, so I’m sure we’re all ready to move on.

Just a month ago, my name was spelled incorrectly by a producer in my own department, the Asia Pacific Newsroom.

Yes, another misspelling of a phonetically unobvious Samoan name. That’s two whole times. A scarring experience, it would seem, one that “can have big impacts among communities that often don’t see themselves reflected in the media.” “I knew I had to call them out,” says Ms Aualiitia, rather proudly.

The next morning, I sent an email to my manager asking to write this piece.

Selflessly, of course, for the greater good.

Continue reading "Getting Over Herself Was Never Really An Option" »

It’s an “all-black healing space.” Enforced by people of pallor.

My sons have graduated, and their closest friends are still a mix of black, Hispanic, and white kids. I have never been concerned about the kids having any issues around race.

That’s nice. However, inevitably, the sky soon begins to cloud:

But one of our sons mentioned recently how irritated he is by the form he has to fill out regarding a college roommate. He has to specify his race, and all of the profiles of potential roommates he views also include race. He says all he cares about is if they are male or female and what their interests are — he doesn’t care about race.

At which point, sharp-eyed readers may sense where this is heading.

I’m doing more reading on racism, and if I’m understanding correctly, not caring about race is almost as bad as focusing only on race. Should he care what race his friends are? Is there something we should be doing or talking to our kids about before they go to college, or is it too late? Are they just as racist as someone who only has white friends, or am I worrying about nothing?

Slate’s purveyor of progressive wisdom, Michelle Herman, knows a rube when she sees one:

Not caring about or noticing race is a privilege reserved for people who are white.

A bold, indeed sweeping, claim, evidence for which is not forthcoming, presumably on grounds that time is better spent inculcating neurosis - and habitual, exploitable insecurity - all in the name of piety: 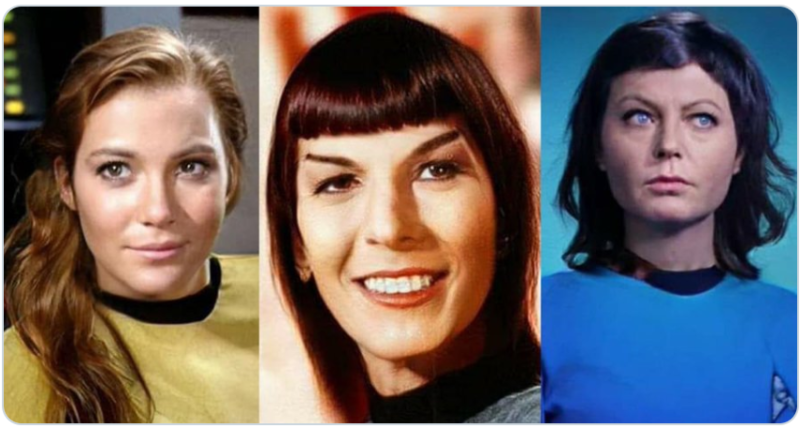 What was I saying? Oh yes, open thread. Share links and bicker.

Short, Yes, Yet The Time Does Drag

Because you’ve missed her terribly, more of the Earth-trembling talents of Ms Sandrine Schaefer. First up, a brief performance piece titled Action: Book - Vertical to Horizontal, the profundity of which will doubtless become clear:

Continue reading "Short, Yes, Yet The Time Does Drag" »

In the new, progressive pecking order:

I just saw a notice go out to the alumni of Caltech, saying we had to eliminate anyone who still resisted these measures to increase awareness of our terrible bigotry. And quite honestly, the key problem that we’re facing here is that we are all for some reason terrified of telling the black community, “you’re wrong.” The black community that is behind Black Lives Matter is frequently wrong… They make terrible arguments... [But] if you contradict [these terrible arguments] then it must mean that you don’t think black lives matter… and that’s not how science works… If a person says, “Two times three equals a chicken,” that person is wrong. I don’t care how trans they are. We have to have the ability, inside of a free society, to treat each other as equals. And if I can’t tell you you’re wrong, you’re not my equal.

It’s worth noting just how often professed egalitarians delight in overt hierarchies. Of which type of person matters, and does not.

Update, via the comments. The point made above, but in slightly more direct terms.

You Deserve No Less

Yes, an open thread, in which to share links and bicker.

I’ll set the ball rolling with some sporting scenes, via Mr Newman.

A reminder that, like all good citizens, one should always respect the media.

And the end of a TV series that seems to have been on air forever, but which was nonetheless often interesting, not because of the behaviour of the officers, but because it revealed the behaviour (and demographics) of the criminals.