Heh. It turns out that if you gather together thousands of resentful misfits and psychological inadequates – the kind of people to whom you wouldn’t entrust car keys or a debit card - and you then allow them to have power over other people… well, amazingly, things don’t go terribly well. 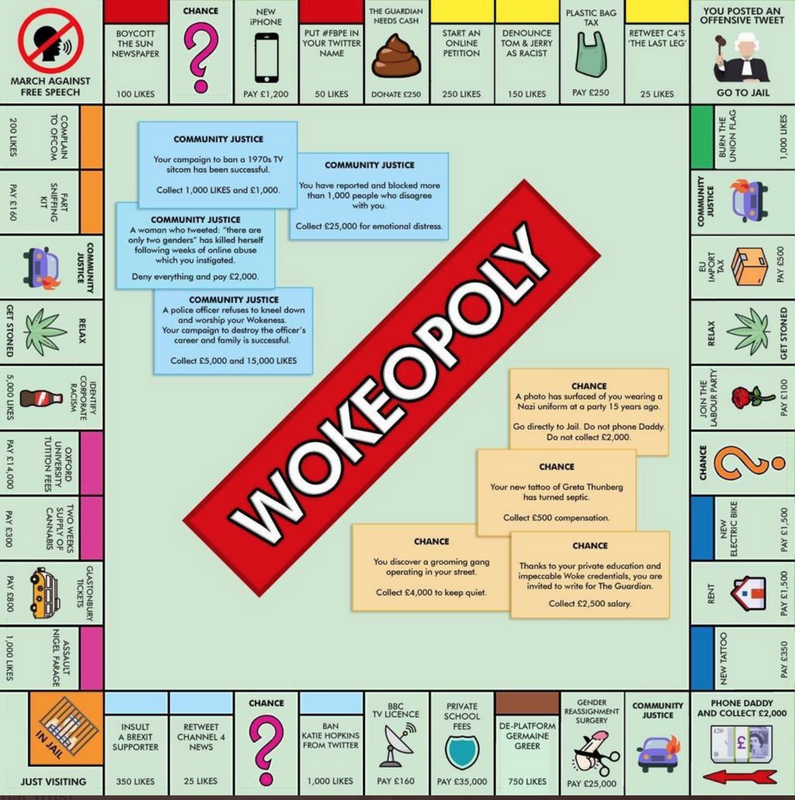 Yes, absolutely. The dynamic is fundamentally parasitic, as it must be with such creatures. They call it an “autonomous zone,” but it’s a farcical paper-thin overlay, another pretence, and utterly dependent on the bourgeois world that they claim to despise and say they wish to destroy. And when they tire of the LARPing and the self-inflicted squalor, and shuffle away, or are belatedly scraped off the streets, someone else will be expected to clear up afterwards. And to pay for it all.

By the way, for those of you who care about such things, I now have a Parler account. I can be found at @DavidThompson. Not that there’s anything of great interest there as yet. It’s day one of a half-hearted experiment on my part.

And when they tire of the LARPing and the self-inflicted squalor, and shuffle away, or are belatedly scraped off the streets, someone else will be expected to clear up afterwards. And to pay for it all.

There should be consequences.

How about sending all the unwanted (the last two words are superfluous) performance artists to live there and prevent them from leaving. let them suffer.

Having been happily Twatterless for almost a year I've joined Parler, too. May God have mercy on our souls (if I have one).

How about sending all the unwanted (the last two words are superfluous) performance artists to live there and prevent them from leaving. let them suffer.

Lord Vetinari approves: No need to build dungeons and stock them with scorpions: the fools will do it themselves.

I can be found at @DavidThompson.

Just coming here to say that the woke are absolutely vicious. I just saw one put up an in-good-faith question on their wall about reparations for Celtic people. In return they’ve been absolutely swamped by their Rigidly Righteous comrades, accusing them of ‘taking up space’ that is ‘needed’ at this time for the ‘BLM movement’. Taking up space. On their own wall. On the internet. Where ‘space’ isn’t exactly at a premium.

Taking up space. On their own wall. On the internet. Where ‘space’ isn’t exactly at a premium.

No, the problem is that they're taking up space, living rent free, in the lefties' heads. That's what the lefties are objecting to.

I was not totally surprised to read that the media-designated warlord, a man caught on video distributing guns to his fellow citizens, is also an Airbnb Super Host.

unless I have an account I can’t see what you have to say.

I wouldn’t lose sleep over it. I’m expecting to use it only to post links to items here. One of the reasons I didn’t have a Twitter account is that I don’t want to end up having the same exchanges on two different platforms. That way madness lies.

. . . about reparations for Celtic people.

Not enough Celts, too many Celts, established mispronunciation by a basketball team?????

It’s an expression of their feelings.

Apparently, the indignant prodnose has somehow failed to register the huge phuqing knife.

Another week they'll be eating each other.

Another week they’ll be eating each other.

It has to be said that, much to everyone’s astonishment, and even by their own dismal standards, it’s not going terribly well.

To be honest, I'd just wall them in and broadcast the ensuing hilarity live via drone as a 'Trump 2020' election ad.

I'm waiting for the announcement that this "wasn't real socialism".

Not enough Celts, too many Celts, established mispronunciation by a basketball team?????

They were thinking about it in terms of modern race relations, like reparations for indigenous people from colonising powers. It was a historically naive view but the question was asked in good faith - and perhaps because they were demonstrating independence of mind and were vulnerable anyway, they got absolutely turned on by their lefty friends. It was vicious.

They were thinking about it in terms of modern race relations . . . .

My ancestors more or less owned and ran the west coast oi Scotland and the outer isles, even if that was a few years and several waves of migration ago . . . . I'm just not seeing a lot of leverage . . .