Can You Not Feel The Progress?

You know, I don’t recall my middle school’s library being quite this edgy:

A concerned middle school teacher in Loudoun County, Virginia couldn’t let the comments of fellow school employee Stefany Guido slide after reportedly hearing her say some students — the majority of which are 11-13 years old — could be considered “sex workers.” Guido, a librarian at Sterling Middle school, made the statement while defending a library book which said sex work is just like any other job, comparable to a store clerk, an architect, or a journalist. As sex workers, students could benefit from the book’s placement on library shelves, Guido said.

Apparently, eleven-year-olds need to know how to whore themselves - and to know that whoring is, like, totally valid and empowering - because they may be transgender and may have to pay for hormones and surgical mutilations.

Lest you imagine the above must be an error or some one-off aberration:

Presumably, these other middle-school librarians didn’t find anything inapt about 11-year-olds learning about the glories of prostitution and its general awesomeness. Because “high-end escorts” can “pull in half a million dollars a year.” Though it seems to me that an 11-year-old “sex worker” would be an abused child, a child being trafficked. Not an ideal aspiration for the pre-pubescent. But maybe that’s just me and my uptight stuffiness.

Continue reading "Can You Not Feel The Progress?" »

Jam At The Intersection

At the switched-on woke paradise of Ontario’s Western University:

Western initially stood firm in keeping the picture up, noting it “understood ‘how complex and intersectional this topic is’ and that the ‘imagery may be upsetting to some Muslims.’” However, Associate Vice President of Equity, Diversity and Inclusion, Opiyo Oloya, announced on Wednesday the picture had been removed.

The pecking order of victimhood is still, it seems, under construction.

Update, two more via the comments:

It’s perfectly straightforward and nothing could ever go wrong.

Setting aside the practical, structural shortcomings of polyamorous entanglements, and the likelihood of insecurity and resentment, there’s also the fact that such arrangements tend to attract a very high concentration of, shall we say, psychologically marginal people. By which I mean, the kinds of people one wouldn’t generally wish to be in an intimate relationship with. Say, the kinds of people who need you to know just how fascinating and complicated their sexual arrangements are, and by extension how fascinating and complicated they themselves must be.

Hey, kids! Come to the library for Pokémon, Lego… and drag queens.

I’m still not sure why proximity to drag queens – i.e., men performing grotesque parodies of women – is supposed to be both imperative and affirming for toddlers. But apparently these things are somehow aspirational and representative, a role model for later adulthood. As if cartoonish transvestism were an unassailable, not-at-all-insulting shorthand for being gay. As if “story time drag queens,” a remarkable number of whom turn out to be registered sex offenders – three in Texas alone - were natural objects of kinship. As if being lurid and grotesque, or mentally ill, would be an obvious ambition. A way to feel good about oneself.

An Explanation Comes To Mind

George Francis on the rise of “imposter syndrome” – and its possible causes:

This study tracked 818 college students to look for what triggered the syndrome… Their most illuminating results were the simplest (as is usually the case) - the correlation matrix of their variables. Exactly in line with the theory that imposter syndrome is caused by incompetence, they find low course grades, low attendance, low course engagement (lack of curiosity), and classroom competition (the perception of others working harder than you) predict feelings of being an imposter. People have imposter syndrome because they are incompetent people pretending to be something they are not - a good student… Despite the good evidence for imposter syndrome being caused by students actually being imposters, the study never once brings itself to mention why low grades are associated with feelings of being an imposter.

It’s a topic we’ve touched on before, when marvelling at the woes of Celia Edell, a “feminist philosopher interested in social justice,” including “critical race theory,” and her struggle to be taken seriously. Ms Edell, who signalled her gravitas and intellectual heft via the medium of endlessly changing Day-Glo hair colour, is accustomed to making claims with no obvious evidential support. When not, that is, making claims for which any evidence is overwhelmingly to the contrary. We’re told by Ms Edell, who is also an “online creative,” that her feelings of being “unable to internalise” her own awesomeness are a result of sexism and “oppression,” not something more humdrum and, dare I say it, plausible.

As noted at the time, it may be worth considering the extent to which Ms Edell’s chosen environment, academia, has been politicised and annexed by the left, such that the ludicrous Nina Power, who boasts of finding rioting and arson “uplifting,” is employed as a senior lecturer, and such that “critical race theory,” so favoured by Ms Edell, is deemed intellectually respectable.

If a person’s career is even partly dependent on signalling their possession of the approved, rather narrow political views – and Ms Edell’s are almost exactly what you’d expect – then problems may arise if that signalling trumps expectations of coherence, probity, and rigour. You may score Career-Advancing Lefty Points by, for instance, invoking “whiteness” or “patriarchy,” or some other intersectional woo, or by claiming that women are paid less than men for doing exactly the same work; but a mismatch with reality seems likely to exacerbate any feelings of fraudulence.

Christopher Rufo on when the Philadelphia School District encouraged teachers to brush up on transgender “wellness”:

Apparently, you can’t teach English or chemistry to any pupils who may think themselves transgender unless you know everything there is to know about puppy fetishes, polyamory, and “artificial ejaculation devices.”

If your own knowledge of such things is insufficiently comprehensive, Mr Rufo has several educational videos from the conference. 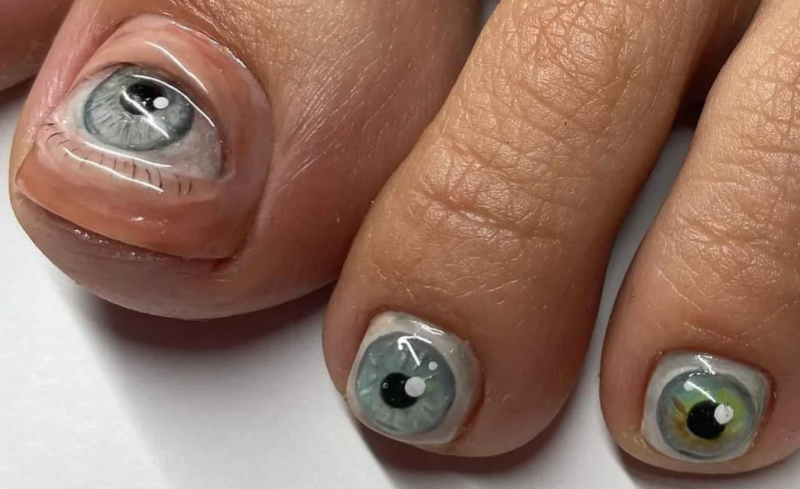 What was I saying...? Oh yes. Open thread. Share ye links and bicker.

Or, The Minefield Of Modern Progressive Manners:

It’ll Be Our Little Secret

When we picked up our daughter, it was clear on her face that something was incredibly wrong.

Colorado mother Erin Lee describes her discovery of what her 12-year-old daughter is being taught:

She explained to my daughter that if she is not 100% comfortable in her female body, then she is transgender… She then told the kids that parents aren’t safe and that it’s okay to lie to them about where they are… She explicitly asked the kids who they’re sexually attracted to. There were 11, 12 and 13-year-olds in the room when this happened.

She doubled down, [saying] that parents aren’t safe, that heterosexuality and monogamy are not normal, and she then proceeded to hand out her personal contact information to the kids, encouraging them to connect with her without their parents’ knowledge, by cell phone, by email, and by chat platforms like WhatsApp and Discord, where parents can’t see the communication. She also sends them invites to her secret meetings through these channels.

This predacious stranger, it turns out, had absolutely no qualifications to be speaking with children about sexuality. She’s not a licensed therapist or counsellor, she’s not a full-time teacher in the district. Her only qualification is that she’s a lesbian.

A longer video, which may be somewhat eye-opening, can be found here. And a YouTube version here.

The described events, including subsequent meetings with the self-styled instructor, the school’s principal, and members of the school board - and the inevitable accusations of “homophobia,” “transphobia” and “intolerance” - don’t get any less concerning. One might say creepy.

They Insisted On Showing Their Gratitude

It’s time, I fear, to remind patrons that this rickety barge, on whose seating your arses rest, is kept afloat by the kindness of strangers. If you’d like to help it remain buoyant a while longer, and remain ad-free, there’s an orange button below with which to monetise any love. Debit and credit cards are accepted. For those wishing to express their love regularly, there’s a monthly subscription option top left. And if one-click haste is called for, my PayPal.Me page can be found here. Additionally, any Amazon UK shopping done via this link, or for Amazon US via this link, results in a small fee for your host at no extra cost to you.

For newcomers wishing to know more about what’s been going on here for the last decade and a half, in over 3,000 posts and 130,000 comments, the reheated series is a pretty good place to start - in particular, the end-of-year summaries, which convey the fullest flavour of what it is we do. A sort of blog concentrate. If you like what you find there… well, there’s lots more of that. If you can, do take a moment to poke through the discussion threads too. The posts are intended as starting points, not full stops, and the comments are where much of the good stuff is waiting to be found. And do please join in.

Oh, and for those that don’t know, I now have a Gettr account.

As always, thanks for the support, the comments, and the company. Now share ye links and bicker.

For newcomers and the nostalgic, more items from the archives:

Damned If You Do.

We’re told that being a “coloured” or “Indigenous” writer is fraught with “structural oppression,” on account of being “marginalised” – as when being invited to literary award parties and then swooned over by pretentious pale-skinned lefties. “Whiteness” and “white men” are particular burdens to Ms Whittaker and her peers, whose suffering – their “collective plight” - is seemingly endless and endlessly fascinating, at least among those for whom such woes are currency. As Ms Whittaker’s world is one of practised self-involvement, her point is at times unobvious. However, our unhappy poet appears to be annoyed both by “underwhelming responses” to her own writing and by insufficiently convincing displays of approval. All that “endless patronising praise.” At which point, the words high maintenance spring to mind.

She Does All This For Us, You Know.

Or, The Thrill Of Hand Dryers:

I thought I’d cheer you with another chance to marvel at the mind-shattering talents of Ms Sandrine Schaefer, a performance artist whose adventures with lettuce and underwear have previously entertained us. Ms Schaefer, who teaches performance art to those less gifted than herself, has been described by the senior curator at the Boston Institute of Contemporary Art as “amazing,” “compelling” and yet inexplicably “underfunded.”

You Can Either Concur Or Agree.